Roy Wins it All in Lloydminster

It all came down to the last bull rider to decide who’d win it all. Second place went to Ty Pozzobon. 1.5 points either way and he could have easily been the champion. Eight events in two provinces and a total payout of nearly $150,000 and that’s now a wrap on the 2012 SIGA 3D Bullriding tour as well.

What comes next is the PBR Canadian National Finals in Saskatoon, SK November 16th & 17th. The last few spots were decided and Aaron Roy moved even further ahead of the pack last night on his way to his third PBR Canadian Championship.

Jordan Hansen was that guy last night to start things off. Iron Man of Kropius & Morton hasn’t had many trips for a seven year old bull. When he does buck though he’s one you want to have your name beside.

Kyle Lozier put a 77 on the board but took it off for a chance at Todd Braithwaite’s grey spinner Regulator’s Northern Lights as a re-ride option. Kyle knew early on he would have to win the event to win the truck. Josh Birks went next and put a 79 on the board up against Doodlebug.

Zane Lambert stepped out to an early lead with a solid ride on the Kropius & Morton Bull they call Boo Boo. It’s rides like this that have got Zane two the PBR World Finals now twice. It’s looking like it might be his third now coming up this year too. We will know more this week.

Zac Peterson went up against the R Saga Bull Supertramp. The little dark muley didn’t have his same tracks as he usually might but it still worked out for an 81.5.

3D Tour Leader Aaron Roy kicked off the second section on the Wild Hoggs/Corey Chmelnyk bull Morning Breath. The two teamed up for an 85 and the round lead. With that, it would be tough to catch him for the truck standings.

Two Time Canadian College Champion Armando Davila Rodriguez put up a huge effort against the Wild Hoggs bull Black Chicago right after Roy. There surely would have been a leader change with another second of hanging on from Armando.

True Blood has been an outstanding bull throughout all of 2012. This out was a rematch from the start of September’s Glen Keeley Memorial Bull Riding in Stavely, AB where the bull won. Tork wanted to get a score and get himself a truck last night looking to make the story end differently this time.

Cody Moore started himself a ride that would have likely won him the long go on the Prescott Bull Norman. A couple more seconds throughout the season would have made it a different year entirely for Moore.

The buck off of the night went to Stetson Lawrence getting tossed from the Vold/Robinson Bull Dirty Money.

A rather low score was given to Devon on his first bull. It wasn’t what most of us expected. Nearly the same thing happened when he rode Ellie Skori’s E.W. Boness for an 80 as his re-ride. It put him in the position where he would have to get a big score in the finals to win the truck.

On a bull that’s rarely rode to the eight second whistle, Skyler McBride got himself a big shot at winning the event and the 3D Tour Truck. Skori’s Boilynn Hot too McBride to a rather low 78.5 but it was enough to get him into the Championship Round.

There weren’t many left to go when Ty Pozzobon took on Todd Braithwaite’s Wrangler Rock of Ages. Ty, as usual was quite worried about the bull he had. Luckily this one worked out in his favor as they often do.

To be honest with everyone, there was some controversy with this next ride. Justin Keeley said this morning at breakfast that he couldn’t make the call because he wasn’t absolutely sure Scott Schiffner touched About to Blow with his free arm. In that situation on all sides, in my opinion, I think that’s the right one to make. If a judge was absolutely sure someone slapped their bull thats a different story, when there is a doubt you’ve got to give the benefit to the rider. Good call Justin. 84.5 points was what Schiffner was awarded. It was the first time the white spinner of Josh & Tamara Berezay’s had been rode this year.

In the short go, Stetson Lawrence was the first man up with a shot to win the new Ford, he took on the Lazy R Bull Boot Strap Bill.

Josh Briks kept his winning ways going with this great one on the Vold/Robinson Bull Cool Valley for an 87 and the event lead with 166 on two.

Devon Mezei was the first to ride two bulls and took the lead for the truck with this solid ride on the Flying Four bull Krackin’.

Skyler McBride then overtook longtime friend and travelling partner Mezei for the lead for the truck with this huge 87.5 effort on the Two Bit Bucking Bull Bucking Fantastic. Way to be Skyler.

Josh & Tamara Berezay have a real rank one in Bringing Sexy Back that they got from Lorne High about six weeks ago now. The little blue bull hasn’t been ridden yet, with trips like this it’s likely he won’t for a little while yet either.

Wrangler’s Jackson James has had his best year yet in my opinion, it’s likely there are some others that would agree with me too. Especially since he’s thrown off the caliber of riders he has consistently this year. Tanner Girletz may have been the only man to get a score this year way back at Lethbridge in the spring. Zane Lambert said today it’d been five times he had faced the big brindle now.

During an odd weekend off from the PBR’s Built Ford Tough Series, Ty Pozzobon made it count on South of Heaven for an 89.5 and took the lead for that truck.

Aaron Roy was thrown off Slash last time the two met. He wouldn’t make the same mistake twice with as much on the line as there was.

Dave Poulsen had a quick few words with Aaron after the big win as he was being presented with all of his winnings.

A huge thank you goes out to everyone that’s been a part of this year’s 3D Bullriding Tour. It’s been outstanding and can only get bigger and better next year. The people involved are the reasons why these events are the best in Canada!

Next up on the PBR Canada Schedule is the Canadian National Finals in Saskatoon, SK at the Credit Union Center. Stay tuned for more on that event in the coming weeks leading in. 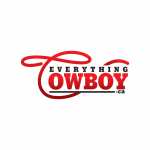