In The Bull Pen With Jason Davidson – Wanham, AB Day 1

Wanham, AB: Today is the start of probably one of the busiest week’s for news and events here on Everything Cowboy. Hopefully you are enjoying all of the coverage and writing from all the various people. There is going to be a lot coming at you this week!

Jason Davidson of 3D Bullridng Inc’ brings us his thought’s on some of the key match-ups for the first day of Wanham which takes place on Friday Night.

Here he is with the call.

Zane Lambert vs B2740 Hardcore Suttsy – This is a matchup that will give Zane an opportunity to climb up the 3D Incentive standings and, as equally important, the PBR Canada standings.  Tanner Byrne won the long round at the Aaron Roy PBR event in Asquith last week and I expect Zane will do the same in Wanham on night one of the two day event.

Chad Besplug vs HOGS841 Back On Track Double Down – I have seen this bull go a couple times this year. He bucked Stetson Lawrence off at the Clunie Cooper Memorial in Prince Albert where I had him marked a 21.  I know Chad was not happy with his performance last week in Asquith and I expect him to get back to his winning ways with this draw. PBR riders Zane Lambert, Aaron Roy and Ty Pozzobon are closing the gap on Chad’s lead in the PBR Canadian standings so Chad needs to get something done in Wanham.

Tyler Thomson vs B2709 Wilder Walker – tThis will Tyler’s first PBR event back since he claimed the National Championship in Saskatoon back in November.  This is a pretty nice draw for Tyler to knock some rust off with.  Tyler will be looking for a $20,000 rematch with WVR400 VJV Slash in Wanham.

Aaron Roy vs GRS527 Diego – Here is a bull Aaron knows well, Aaron has been 84 pts on this bull on a couple occasions and should be real happy with this draw.  Aaron currently leads the 3D Bullriding incentive standings with over $8,000 in earnings.

Jared Farley vs WVR Fakin It – I haven’t seen this bull yet, but owner Nanson Vold tells me he is a promising young calf that they were 87 pts on at an amateur bull riding event last month.  I know one thing for sure, Jared Farley didn’t travel all this way north to not try his ass off and get a chance at the $20,000 ride off Saturday night in Wanham. Should be a great match up!

Saturday Night the event champion will face Slash for $20,000. Who do you think it will be? And will they ride him? 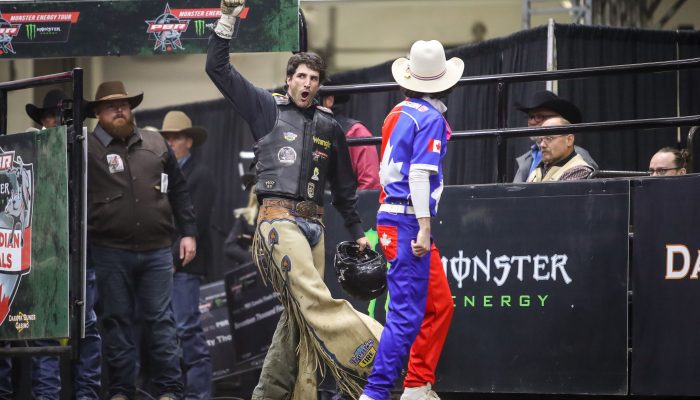 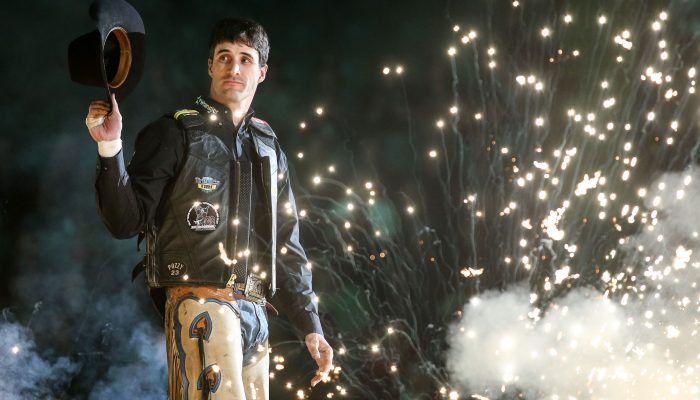