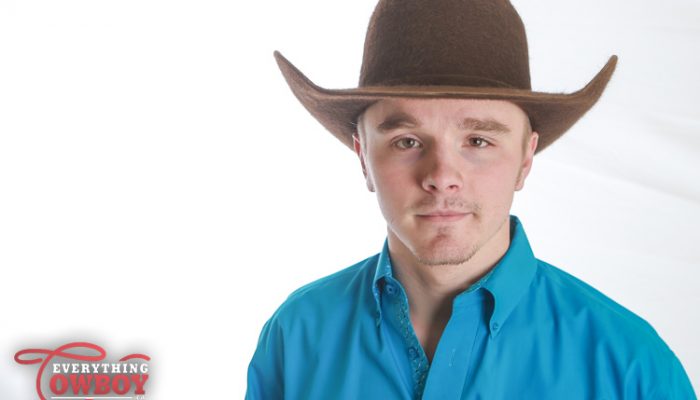 Coming out of some tough scored rides on the PBR BlueDEF tour in the USA, Thor Hoefer II has made a beeline towards the top of the standings in Canada.

Winning Marwayne earlier in the year, Hoefer said he would keep at it wherever he was seeing success.

This past weekend at the Nipawin PBR, Hoefer again bested the field on the back of two to claim his second win of the 2016 season.

Taking home 170 points on two, including a short-go winning 86.5 on Vold/Prescott’s Cooper’s Comet, Hoefer said the win cements his opinion as to where to be riding bulls in 2016.

“I could be going in the States and getting on, or stay up there in Canada and continue with what is working,” Hoefer told EverythingCowboy.com. “If there is something on the same day as one up there, I am going with the ones up there.”

With the way the points work within the PBR touring standings, if a competitor can string together a handful of wins in Canada, they can earn a spot in the PBR BlueDEF Series, and with some extra luck in the Built Ford Tough Series. While a world title in bull riding is always a goal for Hoefer, he said it takes more than covering a few bulls to make it in the PBR.

“I was riding my bulls at the BlueDEFs. I rode something like three bulls over a couple events, and never made a short go. I was riding good bulls, but not getting marked very well. When you aren’t getting the points, you start entering but not getting in,” Hoefer said. “Getting these points, and getting your name out there you can go get those scores you deserve.”

The young Idaho cowboy added that it is always an adventure bull riding in Canada.

“It is sort of taking you back in time. Your phones don’t work up there, you have to use maps. It reminds me of rodeoing during my grandpas time,” he said.