Birks Spurs His Way to a 92.5 Score on Slash for Glen Keeley Memorial Win

Stavely, AB: Josh Birks spurred his way to a 92.5 point marking on the Vold Bull Slash for the win at the 9th Annual Glen Keeley Memorial at the Stavely Arena last night. At 22 years old, the young Aussie didn’t just spur arguably the best bull ever from Canada either, he spurred Slash in the neck with authority. According to PBR Canada Judge Chad Pighin, he marked Josh 24 of a possible 25 points on his side.

Rank is the word that’s been used the most. Greatness could also be used. Legendary is another one that comes to mind often when speaking of the Glen Keeley Memorial Bull Riding along with Glen himself.

Rides like the one last night are similar to the ones that made Glen Keeley a legend in the sport of Professional Bull Riding. Tanner Girletz made a huge one last year for 91 points. This year it was Birks. It wasn’t an easy road there either for anyone.

Once the grand entry was finished up, the action got underway in front of a sold out, full house crowd. 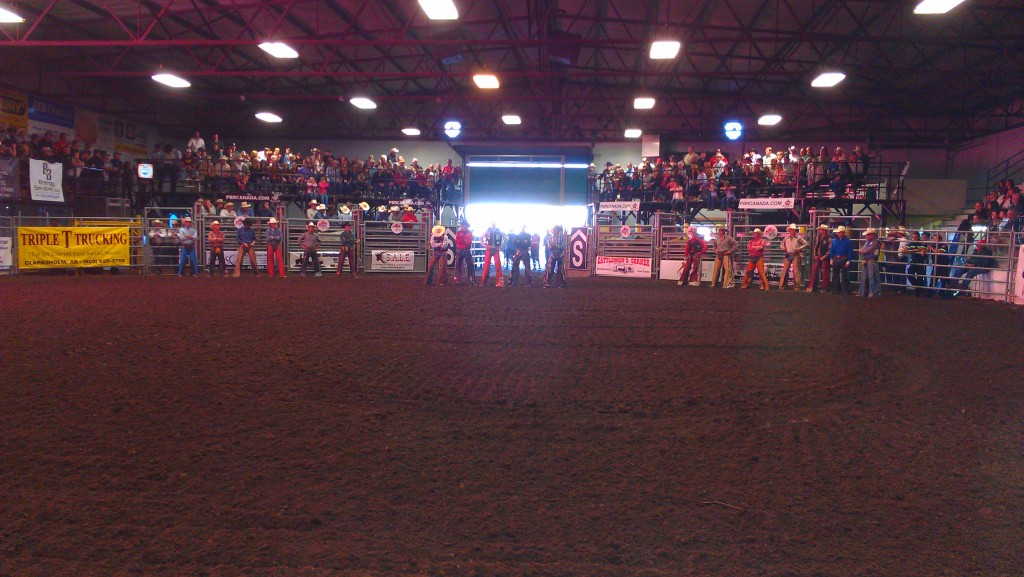 Australia’s Josh Birks went next after Clint Johnson came down early off of the Flying High Bull Crime Boss. Birks stuck to Black Label of Nate Gardner for an 87 point score to take a big lead early on.

Tanner Byrne matched up with the Braithwaite Bull 679 Northern Lights that’s been solid all year. The big grey horned bull is a consistent right spinner, today though he was a point or two better than usual in my opinion. Tanner started about an 88 or 89 point ride but was docked a few points at the end.

Diego comes from the Girletz Family. He’s been ridden a ton all year by nearly every guy who’s been on him. For some great scores too. Ty Elliot also started a great ride much like Byrne but hung on at the end that docked him a few points too. Ty gritted it out and sat third at the time.

North Dakota’s Zac Peterson started a great ride on the Two Bit Bull 703 About to Blow. There could have been a leader change if a second or two changed either way on this one.

Five-time PBR World Finals Qualifier Jared Farley is from Australia but now resides in Stephenville, TX.  It looked like he may have come down early on the new Wild Hoggs Bull 866 All Wrapped Up. Farley made it and moved into third at 84.5.

Cody Moore went up against the Ellie Skori Bull Boiling Hot. The black white faced bull started off a bit tough and then really bucked once Cody was down. It looked rank. What do you think?

As the last man out in the long go, Dan Hansen kept on a roll and got an 81.5 on the Girletz Bull Bush Hog.

During the intermission, Beau Hill was awarded the Glen Keeley Memorial Ring. It’s an honor he had a lot to say about. Congratulations Beau. 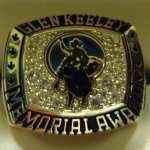 Between the long go and the short go, the Calcutta took place. There’s more involvement in this Calcutta than there is in any other one around in my opinion. The lowest seller was about $2,500. A total of $47,500 was raised and when it was split and 40% given to Charity, the winning team would take home $28,500. It was all based on what happened within the next ten rides.

Kyle Lozier made his Built Ford Tough Series Debut last weekend in San Antonio, TX. He’s looking to make his way back. He started things off by warming up Curtis Sawyer’s 62 Remington Country.

Dusty Ephrom then took on the Two Bit Bull 861  Bucking Fantastic but came up short on the little black muley.

Zane Lambert has been on Todd Braithwaite’s Jackson James two times before last night’s match up this year alone. Unfortunately they haven’t went well. We all though Zane would have him figured out this time around. I’ve personally got to thinking Zane might lean back the way he does because he wears a hat and doesn’t want to get up to close to a bulls head. Steve Turner talked about it one time. It’s why Steve doesn’t wear glasses, because he said it scared him to be up that close to the bull’s head. Might be the same for Zane. Haha it’s all speculation either way and Zane rides so well that it doesn’t matter anyway. He will get Jackson James figured out sometime though! How about 581 for bull of the year? Let’s get some talk going about this year’s contenders.

Ty Elliot got real close on the Wild Hoggs bull Axis of Evil.

Kyle Lozier double entered last night and got back into the short go on time too. After bucking off his first one he was looking for revenge on the Girletz PBR World Finals Bull First Nation Sensation partially owned by Nikki Phipps. Kyle is now one of the few men to ever ride First Nation and moved himself to the event lead with 162.5 on two.

Jared Farley went next on the bull that Tanner Girletz won the event on last year. It started off great but tapered off a bit. 84 points was the result and it moved Jared to the lead.

Foul Play of Eno & Kubinchak has been a rank one this year. One of the rankest five in Canada right now for sure. Possibly one of the toughest to ride. It’ll be a huge score once someone gets him covered. Tanner Byrne wasn’t able to last night but I bet he would next time around.

Now for the ride you may have already seen. 24 hours from when it was first posted it’s got 651 views which is probably a little bit low compared to what it really is. Within the first 155 views from what the analytics show, over 100 came from Australia. Next came Canada then it went on to the US, Mexico and New Zealand. Five countries overnight. That’s pretty cool.

It’s sure to go down in history as one of those rides. Once again, Josh Birks with his 92.5 point effort on VJV Slash. One of the greatest bulls ever for the highest scored ride ever at the Glen Keeley Memorial Bull Riding.

After all of that and the huge 92.5 point ride for the win, Josh got on another bull to make it three on the night. This one was for a pile too. $6,000 if he could make it to the eight second whistle. Back on Track Double Down was the bull he would attempt.

Unfortunately, he came down early but had a ton to say about the event and what an honor it was for him to win it.

That’s all from Stavely last night everyone. I apologize for not getting this to you sooner. I’m glad that the top ride was up last night. It’s tough to get things online in a town with as little service as Stavely. Next time it will be different and better.

Thanks to everyone on the Glen Keeley Memorial Committee for having me and being such outstanding hosts for yet another great edition of Glen’s Bull Riding. Without you all it would not happen. We are already looking forward to it again next year.

The energy in the building is incomparable anywhere else in the bull riding world in Stavely. If you’ve never been this is one you’ve got to make it to.