Vermillion, AB: The Professional Bull Riders in Canada return to the Lakeland College Equine Arena in just over three weeks from right now. $20,000 in added prize money, a $5,000 increase from last year, is up for grabs making this event one of the biggest of the 2013 PBR Canada Season. If you’ve never been to this event yet, you should consider it as the atmosphere is unlike any other event.

“It’s a benefit to future students and commmunity members alike.” Lakeland College Equine Operations and Rodeo Manager, Lee MacMillian said over the phone on Wednesday. “It’s and affordable, feature event for the college. ”

With this much money out there for the riders, the tops in Canada are attracted each year. It’s the same story on the stock contracting side of things. Last year the event was won by 2012 Calgary Stampede Champion Chad Besplug on the recently retired Unabomber owned by Eno/Kubinchak. On the bull side of things the Calgary Stampede will supply many of them along with Wild Hoggs Bucking Bulls, Braithwaite Ranches and Skori Bucking Bulls. 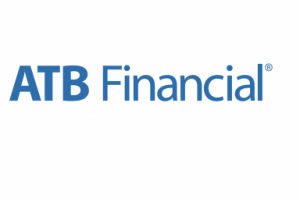 Entries on the bull riding side of things start next Monday Morning. There’s also a bull riding and bull fighting school running in conjunction throughout the weekend. Lee added both schools had a large number of entries thus far.

The Lakeland College PBR presented by ATB Financial gets underway at 7:00pm on the 15th of February. Gates are open to the public at 5:30. Tickets are available at Craig’s and Baddocks Power Products, Ropin & Ranch Supplies, Lammle’s Western Wear and the Lakeland College Bookstore. They are $15 for adults and $5 for kids. If you wait until you get there to buy them, they will cost you $20.

For more information, contact Lee MacMillan by email at Lee.MacMillan@lakelandcollege.ca