CALGARY, Alberta — Number eight on the Everything Cowboy Biggest Moments of 2014 countdown brought to you by 3D Bull Riding Inc. is Adam Jamison‘s July.

Within the matter of about 24 days, New Zealand bull rider Adam Jamison earned over $25,000 between three events and eight bulls. They sure pay a man when he rides them all, the scores ranged from 82.5 to 88.5 and Jamison won all three of those events.

The first win came at the Smithbilt Hats Ranchman’s Renegades PBR Bull Bustin’ when he and Tanner Byrne tied for the overall win, the kicker there was that on a double entry, he added a third place finish as well. He walked away from that event with a check for over $12,000 plus a couple bonuses and some hardware. 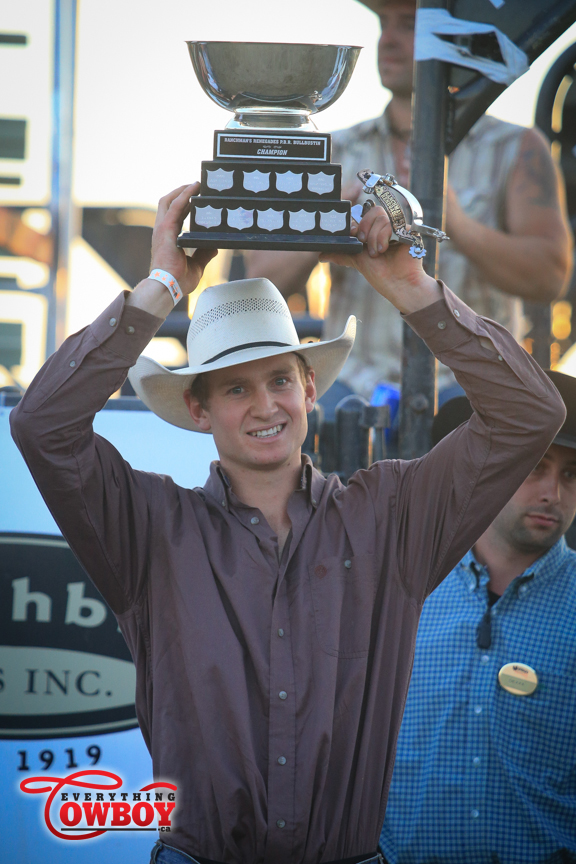 Adam Jamison holds up the trophy from night one of the Smithbilt Hats Ranchman’s Renegades PBR Bull Bustin’. July 1st, 2014.

The next night he kept the party going with another win in the same arena, this one was worth about $4,000 at the Kidoodle.TV Ranchman’s Renegades Charity Bull Bustin’ in Support of the Sheldon Kennedy Child Advocacy Center. 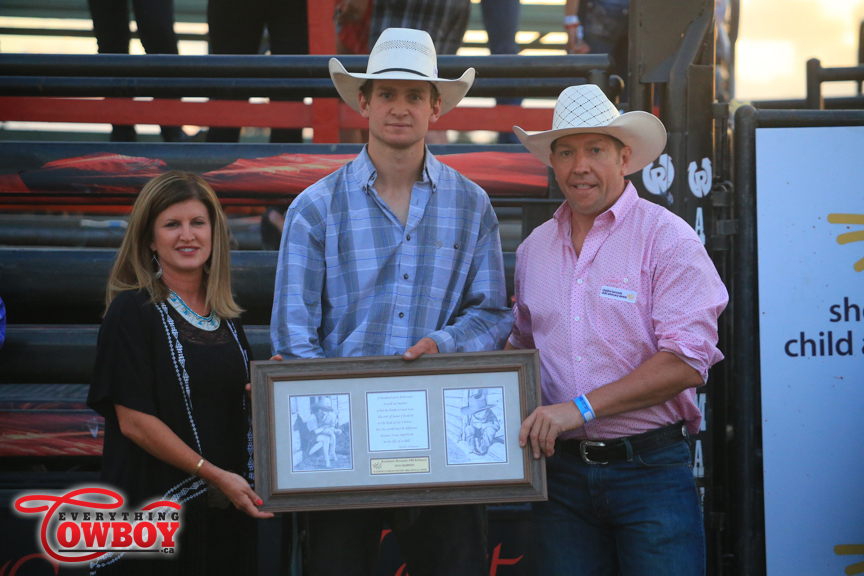 The final win of the month came in Oyen, AB at the 16th Annual White Lightning Dodge Pro Cowboy Crunch. This one would count for the CPRA standings and this weekend would nearly solidify his spot at his first CFR in Edmonton.

From there he went on to win some more money in Medicine Hat and Bonnyville to cap off the month at around $25,000.

With his wins in the PBR in Canada, if the standings counted only Canadian events, which they will in 2015, he would have likely been the PBR Canadian Champion in 2014.

What’s done is done and Jamison has solidified his place as one of the top bull riders currently on Canadian Soil. Congratulations not only on a great July Adam but a great year. Here’s to an even bigger and better 2015.

Everything Cowboy Worst Wrecks of 2014

Everything Cowboy Biggest Moments of 2014 brought to you by 3D Bull Riding Inc.

9. Support from the Community