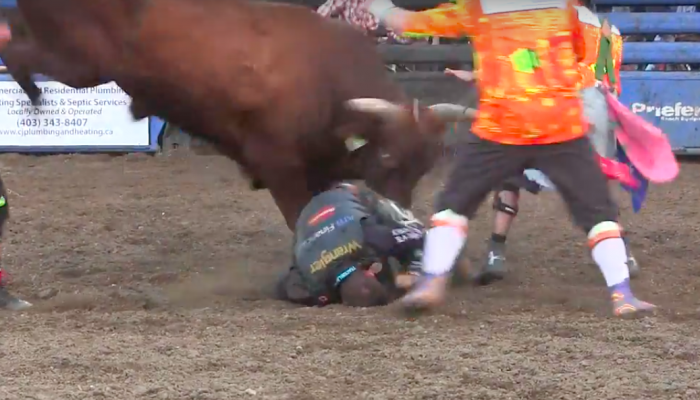 CALGARY, Alberta — Scott Schiffner has been a part of every countdown we’ve had here in some fashion and this year is no exception.

Unfortunately though, this time around Scott is on the wreck side of the countdown in the number three spot with a pair of mishaps from two different events.

The first one came in Lethbridge this spring against a bull that went on to compete for a PBR World Title, Hey Jack formerly of the Wild Hoggs.

In August, it may not have been a dirt nap but based on the screenshot I got that is the picture of this post, it was darn close.