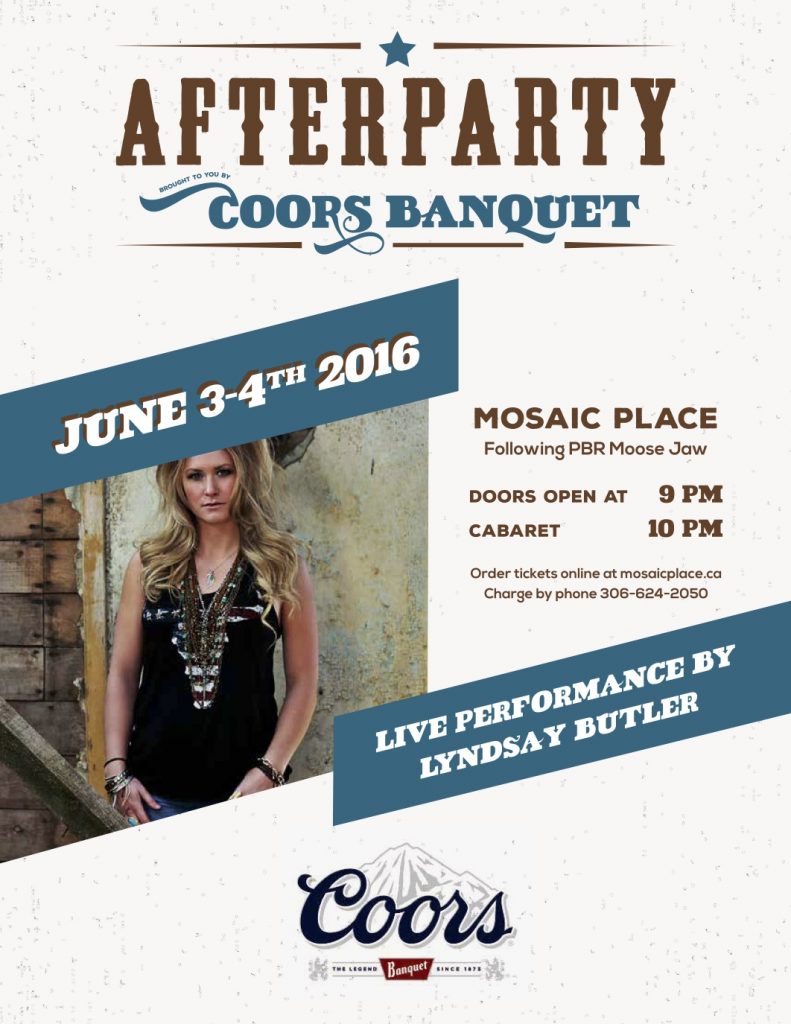 The Coors Banquet After Party at Mosaic Place featuring Lyndsay Butler (line is just repeated), wraps up each night following the PBR with doors opening at 9:00pm. Butler hits the stage at 10:00pm.

“When we set out with starting Alpha Bull Inc., we wanted to have great bull riding events and great music,” Alpha Bull Inc. President, Chad Besplug, said. “Bringing in Lyndsay for the Coors Banquet After Party was no-brainer. She is a phenomenal singer and fantastic entertainer. We know she’s going to rock Moose Jaw.” 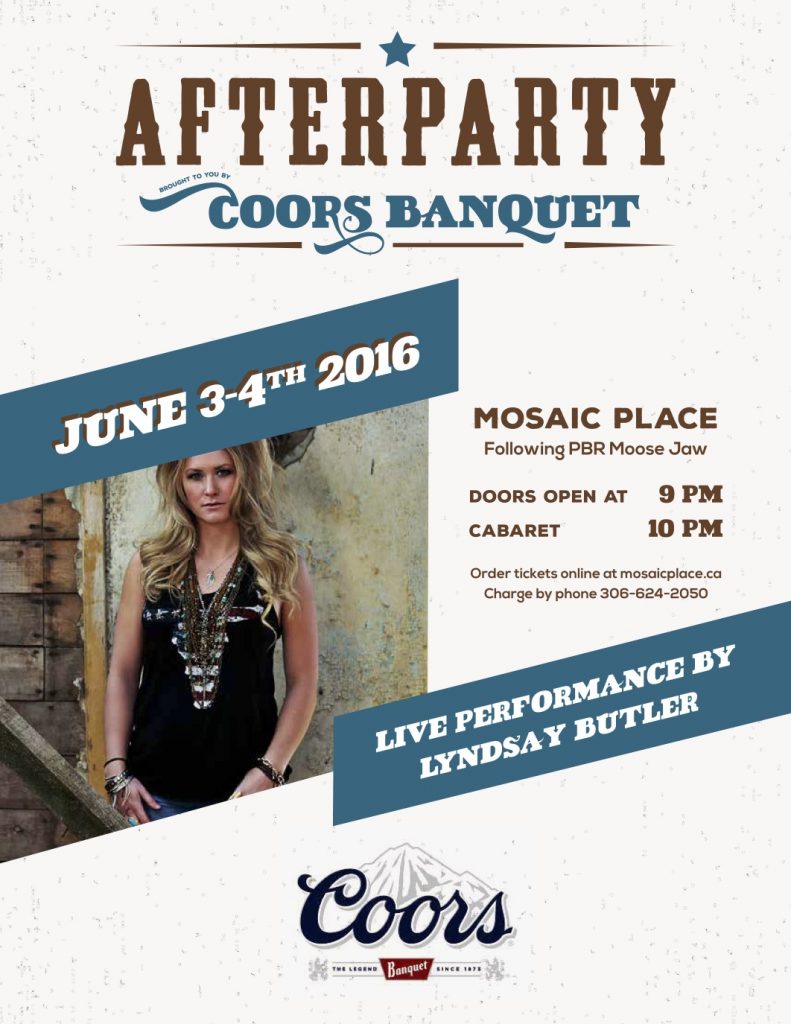 Butler, of High River, AB has been known to sing all kinds of country to Fleetwood Mac and even ZZ Top. Lyndsay has worked with Chad Besplug and Alpha Bull Inc. since inception in Claresholm, AB in 2014.

“I love playing in Claresholm at the Chad Besplug Invitational, the energy is unreal. I am pumped for Moose Jaw,” Butler said.

Tickets for the Coors Banquet After Party can be ordered online at mosaicplace.ca, by phone at 306-624-2050 or in person at the Mosaic Place Box Office.

Tickets for PBR Moose Jaw at Mosaic Place start at $35.00 plus taxes and fees and may be purchased online at www.mosaicplace.ca, by phone at (306) 624-2050 or in person at the Mosaic Place Box Office.

About Promoter Chad Besplug:
Chad Besplug is a three-time Canadian Champion Bull Rider and won the $100,000 at the Calgary Stampede $100,000. In 2014 Besplug promoted his first event, the Chad Besplug Invitational in his hometown of Claresholm, AB. Now in its third year in 2016, Besplug has expanded to produce three events including the Moose Jaw PBR. His company, Alpha Bull Inc. looks to expand and grow the sport of bull riding in Canada for future generations. Follow Chad on Twitter as @Chad_Besplug or @AlphaBullEvents

About Lyndsay Butler:
Lyndsay Butler hails from the High River area of Southern Alberta. Her unique style has been described as traditional country, mixed with a little rock plus a dash of outlaw sound. In 2012 she was the winner of the Ranchman’s Rising Star competition. In early February she made her debut in the recording studio and “Gravel Road” has now been released across Canada. You can download your copy here.