CALGARY, Alberta — Tim Lipsett of Lumsden, SK earn his first victory ever in the PBR on night one of the 16th Annual Ranchman’s Renegades Charity Bull Bustin’.

Lipsett conquered Nugget from the Outlaw Buckers Rodeo Corp. to win the long go with an 86. In the short go it was an 85.5 on Just A Crackin’ also from the Outlaw Buckers. With 171.5 points combined, he jumps into the PBR Canada’s top ten in both money won and points. With his 60 event points his world standing has him inside the top 80.

Over $4,400 in earnings is a heck of a start to his Cowboy Christmas as well. Better yet? Two days of Bull Bustin’ still remain at the Ranchman’s with $22,500 plus entry fees up for grabs.

2013 PBR Canada Champion Zane Lambert picked up valuable points in both the world standings race and hunt for his second Canadian title. 30 points this evening could leave him as high as 58th after tonight. Better yet 180 points are available in the next three days of PBR competition in Canada alone. He’s 200 away from 35th in the world after Tuesday night here in Calgary.

In the long go Lambert put up a huge effort on Renegade from the Big Stone Rodeo Company for an 84.5. It might not have been pretty but it was worth every point. It probably felt like a 100 pointer as you’ll see in the highlight reel below.

Third on the evening went to Paris, Tennessee’s Cody Nance who put together two scores of 81.5 and 82. Nance adds $1,530 to his Canadian earnings account and a few more points that should already put him in November’s PBR Canada Finals in Saskatoon, SK.

Canada’s top bull rider on the Built Ford Tough Series, Tanner Byrne rode yet another two bulls in the Ranchman’s parking lot on what was a bit of a rainy, overcast, but warm evening. Byrne opted out of a re-ride taking 72 points into the finals. An 88 on It’s Time from the Big Stone firm won him that final round but still left him fourth.

Rounding out the point earners from night one of the Ranchman’s Renegades PBR Bull Bustin’ were Shay Marks and Garrett Green respectively due to their long round scores of 83.5 and 82.

Some tickets for nights two and three of Ranchman’s PBR action are still available by clicking HERE. 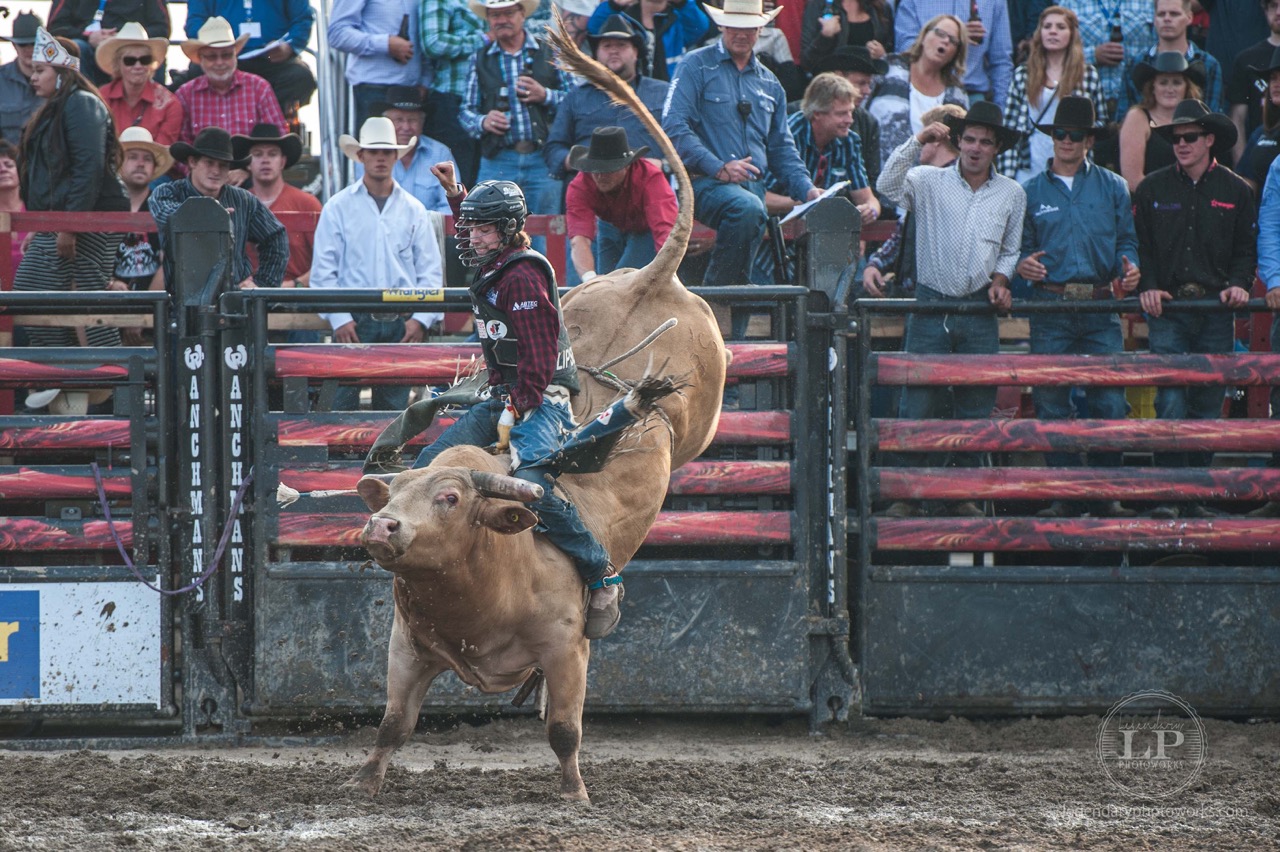 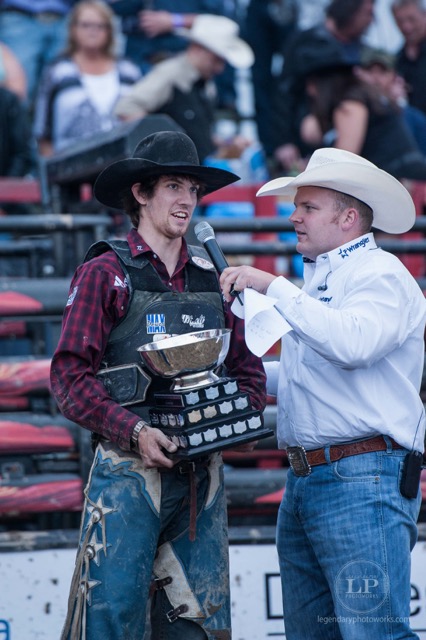