LAS VEGAS, Nevada — Number two on the Everything Cowboy Biggest Moments of 2014 countdown brought to you by 3D Bull Riding Inc. is first off having three Canadians qualify for the Wrangler National Finals Rodeo and secondly how they fared.

The first battle was qualifying for Jake Vold, Curtis Cassidy and especially Dustin Flundra who made it by $150 on the final day of the season, bringing home over $147,000 between the three was icing on the cake.

2014 was the first year since 2010 to have three or more contestants in Vegas for the WNFR. In 2010, five qualified but four competed. They were Dusty LaValley, Curtis Cassidy, Dustin Flundra, Lindsay Sears and Rod Hay qualified but had to retract his name out due to his broken leg suffered at that June’s Daines Ranch Pro Rodeo.

After having lone Canadians qualify from 2011 to 2013, I think having multiple contestants from Vegas is good for our sport in Canada. At the state the CPRA is in right now as well, I don’t think the PRCA would have any problem sanctioning all the rodeos up here either. 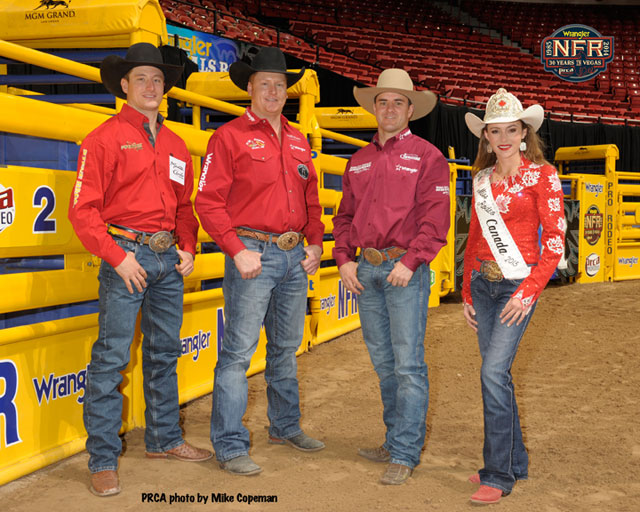 Everything Cowboy Worst Wrecks of 2014

Everything Cowboy Biggest Moments of 2014 brought to you by 3D Bull Riding Inc.

6. Lawrence and Hollingsworth Take on Sochi

7. Champion Earns $1.1 million at The American

9. Support from the Community