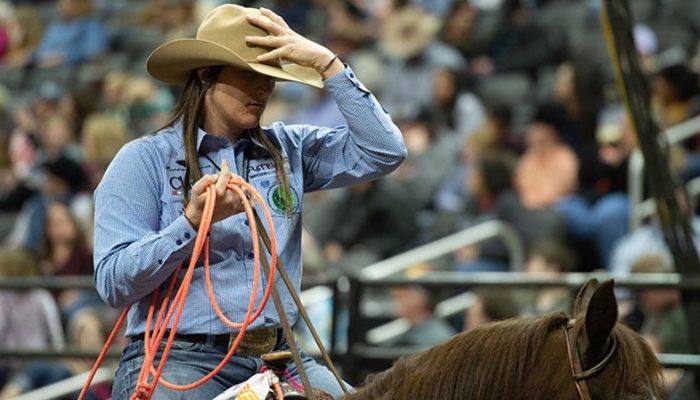 Leaderboard pool roster of 60 athletes per discipline also revealed ahead of the $750,000 event slated to be held in tandem with the 2020 PBR World Finals: Unleash The Beast in Texas

AUSTIN, Texas- Ahead of the inaugural, $750,000 Women’s Rodeo World Championship, WCRA (World Champions Rodeo Alliance) and PBR (Professional Bull Riders) have announced the Top 4 leaderboard athletes per discipline that will automatically advance to the main event of the historic, all-women’s sporting championship.

Sixty additional women’s rodeo all-stars from each discipline have also been revealed as the first group of contestants to advance to the pool competition, set to comprise the WCRA Leaderboard Pool for the landmark Women’s Rodeo World Championship.

The Women’s Rodeo World Championship will pay equal money in all four competing disciplines (breakaway roping, barrel racing and team roping, heading and heeling). Each discipline champion will collect $60,000, while the All Around Champion will earn a $20,000 bonus.

The championship event will hold its qualifying rounds from November 8-12 at the Will Rogers Memorial Center in Fort Worth Texas, with the final six from each of the four disciplines advancing to run at AT&T Stadium in Arlington, Texas alongside the 2020 PBR World Finals: Unleash The Beast. Competing from November 13-15, team roping will compete on Nov. 13, followed by barrel racing on Nov. 14 and breakaway roping on Nov. 15.

The following athletes in each discipline earned the top four spots on the Women’s Rodeo World Championship leaderboard (W20) in their respected disciplines by nominating their efforts on the Virtual Rodeo Qualifier (VRQ) and will be directly seeded into the main event:

The athletes ranked No. 5-64 on the W20 leaderboard will compete in two preliminary rounds of competition to qualify into the main event. A roster of all athletes competing in the WCRA Leaderboard pool can be found HERE.

Athletes who did not earn a position on the WCRA Leaderboard can still compete in the championship event through the open pools. Open entries for the Women’s Rodeo World Championship will remain open until October 25 at 11:59 p.m. CT. Entry fees are $750 and are taken on entrytool.com. All female athlete’s ages 13 and up are eligible to enter the event.

The Women’s Rodeo World Championship will be carried on a CBS Sports Network telecast, and streamed LIVE on RidePass, available at RidePass.com or via the RidePass app available on iOS, Android and Roku

Tickets for the 2020 PBR World Finals: Unleash The Beast are on sale now and can be purchased online at ATTStadium.com or SeatGeek.com, or via the phone to PBR Customer Service at (800) 732-1727.

More information about the Women’s Rodeo World Championship including payout, overview schedule and format can be found at www.womensrodeoworldchampionship.com or by contacting support@wcrarodeo.com.