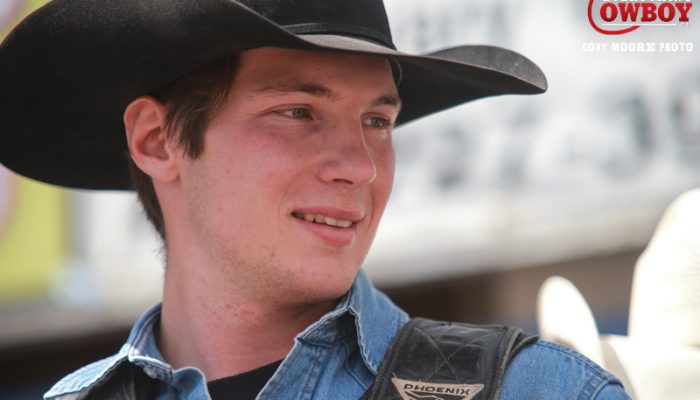 Watson and Green Take the Win at the Wildwood Bronc Bustin’

WILDWOOD, Alberta — A duo of Wrangler NFR Bronc Riders claimed the title of Wildwood Bronc Bustin’ Co-Champions on Saturday night about an hour west of Edmonton. Both Layton Green (Meeting Creek, Alberta) and Jake Watson (Hudson Hope, British Columbia) split the win with matching 92-point rides in the final round.

Two rounds decided who would qualify for the championship round with six monies paid per round. Once in the finals, a total of four 90’s were marked, two in addition to Watson and Green.

Ben Anderson (Eckville, Alberta) was 90.5 on Special Delivery from the Calgary Stampede, with Dawson Dahm (Duffield, Alberta) chalking up a 90.5 on Tokyo Bubbles. Watson was aboard the incredible Wild Cherry, a record breaking horse that notoriously rears out of the chute each time.

“That horse has gotten me out of the chute twice before so I was ready for her before I got on,” Watson said. “I was very happy with this ride and to get one down.”

Watson was in a hurry to drive all night to Reno but is feeling confident as he heads down the trail for one of the busiest times in rodeo.

his 92 point ride on Yesterday’s Delivery.

“I have been wanting to win this for awhile now,” Green said. “I have only gotten second or third so I have been chasing this win for some time now, it feels good.”

Green is not only busy with rodeos, but planning an October wedding.

Talk about a fantastic night with some of the best cowboys in the world. Green and Watson are currently sitting in the top ten of the Canadian standings, and Green in the top 10 of the world.

This win will undoubtedly help them climb their way up the standings with a chance to make the CFR and NFR. The unofficial short-go results are below, courtesy of the CPRA.

Unofficial results courtesy of the CPRA from the Wildwood Bronc Bustin’ on June 18th, 2022.