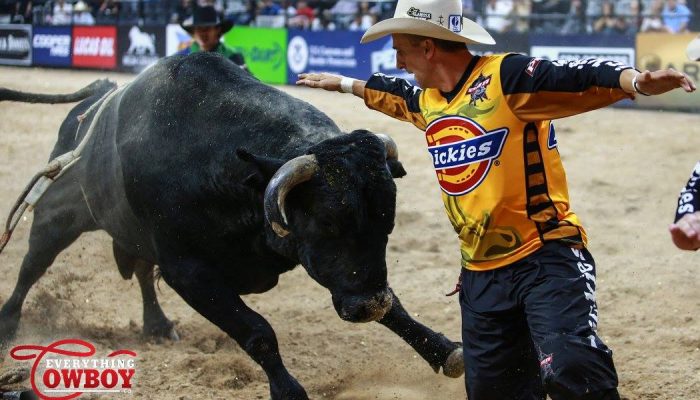 PRINCE ALBERT, Saskatchewan — After a tough 1-for-5 outing for Covy last night, Wacey Anderson takes a stab at the picks for day two at the Clunie-Cooper Memorial PBR.

Jared Parsonage vs. L5 Mouse – J-Roc is one of the stickiest guys heading down the road, he’s matched up against the big grey spinner from the R-Saga ranch, that a lot of guys seem to get along with. This one should be a sure bet for Jared to get back to the championship round

Lonnie West vs. 300 Bud A Bing – To be honest I don’t know anything about this bull that comes from the Andy Robertson string. However, I’d be silly to bet against one of my best pals and current PBR Canada número uno. Given the way Lonzo has been riding I can see him having no trouble with this sucker.

Brady Oleson vs. 59 Homeboy – This matchup is probably one of the best in whole draw. Brady is a super handy kid and Homeboy is one that a lot of guys have success on. This is a perfect mixture that should contend for a round win.

Cody Coverchuk vs. 123 Finning Regulator – From what the Facebook tells me Covey is just coming off a shoulder injury recently, so I can imagine he is ready to strap some cattle. This bull from the Flying Four should fit Cody just right and get back to that short round.

Garrett Green vs 7-334 Black Sugar – This X6 ranch bull has drew pretty deep tonight. Pig is super tough to get on the ground and always makes the most of a good draw. According to Pro Bull Stats this little bull has been rode a couple times right in that 82-84 range. I would expect the same result here.

Day two draw for the Clunie-Cooper Memorial PBR at the Art Hauser Centre on May 6th, 2017 starting at 7:30pm.