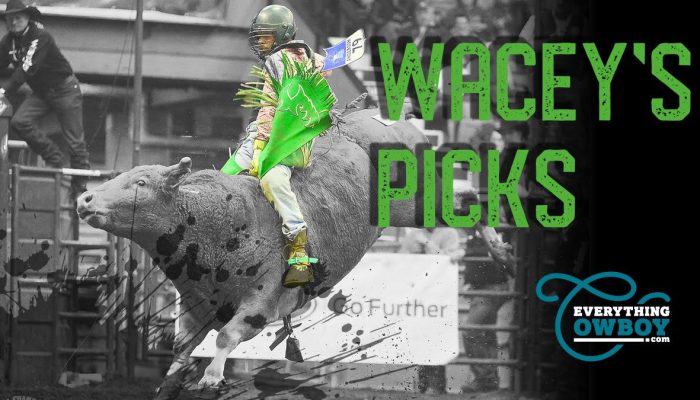 ELNORA, Alberta – Geez, August kind of crept up on us didn’t it? Crazy to think that summer is winding down and we are getting down to crunch time when it comes down to the PBR Canada title race.

August 9th and 10th brings us to one of the oldest events on the PBR Canada Touring Pro schedule, the 21st edition of the Elnora Brahma Rama goes down and if you like bull riding this is the place to be this weekend.

There is a great line up of bulls and bull riders heading into town Saturday, with valuable World and Canadian points on the line we can be sure that the athletes will be bringing their A-game.

The weekend begins Friday with a bucking bull futurity beginning at 5:00 pm with wild pony races to get the evening started. PBR action goes down at 7:30 pm Saturday night, but be sure to show up early to get a good seat and catch some wild pony race and wild cow milking.

Admission to the event $20 for individuals and $50 for families, for further information head to the Elnora Brahma Rama Facebook page by clicking here.

Here is a look at my favourite matchups on Saturday night:

Wyatt finds himself in the No. 31 spot in the current PBR Canada National Standings, which has him on the outside looking in when it comes to securing a spot at the National Finals in Saskatoon, Saskatchewan. It is almost beginning to be crunch time for Wyatt, he’s going to have to make some moves if the wants to be riding in the Sask-Tel Centre in November. In Elnora he is matched up against OMB Full Sleeve from Wilson Rodeo, which is a rematch from the Frog Lake, Alberta event last week. Looking at Full Sleeve’s stats he appears to be a good match for Wyatt, so don’t be fooled by last weeks buck off.  Shay Marks rode this bull for 84.50 points at the Czar Lake event a few weeks ago, and if Wyatt can get him rode we could see the same kind of score here.

It is always nice to see guys from the United States make the trek up to our awesome events here in Canada, especially high calibre guys like Jake. He is the No. 8 man in the National Standings and I won’t be surprised to see him climb a few more spots before the end of the season. He has drawn Sick Rhymes from the Two Bit Nation, which is a solid bull to have in the long go here. This bull has only been rode once in PBR Canada competition by Jordan Hansen at the Calgary, Alberta Monster Energy Tour event. Jordan was 83.00 points on Sick Rhymes when he rode him back in March, I bet Jake will get him rode for the same score in Elnora.

The No. 1 man in the National Standings has seen his lead diminish a little with No. 2 Shay Marks and No. 3 Dakota Buttar hot on his heels. As tight as this race is getting, I can guarantee you that Jared has his eyes on the prize and is focused on the bull he has here in Elnora. He has drawn one of my favourite bulls going down the road these days, Speak Easy is a great bull that comes from the X6 Ranch down in Medicine Hat, Alberta. Speak Easy will jump out and turn back to the left, into Jared’s hand which should be a home run for him. In fact, this will be second time these two have crossed paths, Jared rode this bull to the tune of 84.00 points here in Prince Albert, Saskatchewan back in May. This is my pick for the round win Saturday night.

If you were to ask Zane if he has happy sitting in the No. 14 spot in the National Standings I can promise you that he would tell you no. Zane is one the elite guys on tour and I’m sure he has his sights set to get back to the top. He has a great opportunity here to start making that climb. Papa’s Rockstar from Nansen Vold is a great bull that has been around for the last few years, he doesn’t get rode often but when he does it is for big time scores. Rockstar is usually out around to the left, away from Zane’s hand, but for a guy of his calibre it should not be a problem at all. I’m gonna go out on a limb here and say Zane rides this bull for 86.00 points.