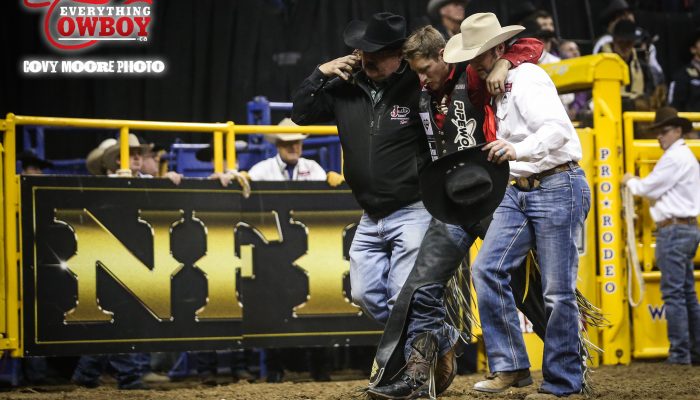 Vold out for remainder of WNFR

Vold is a three-time qualifier (2014-15, 2017) and is currently ranked 10th in the average with 598.5 points on seven head. This year he entered the WNFR in eighth place and won Round 1, scoring 87.5 on Kesler Championship Rodeo’s Oakridge.

He was first in the WNFR average before his injury having earned $83,545. 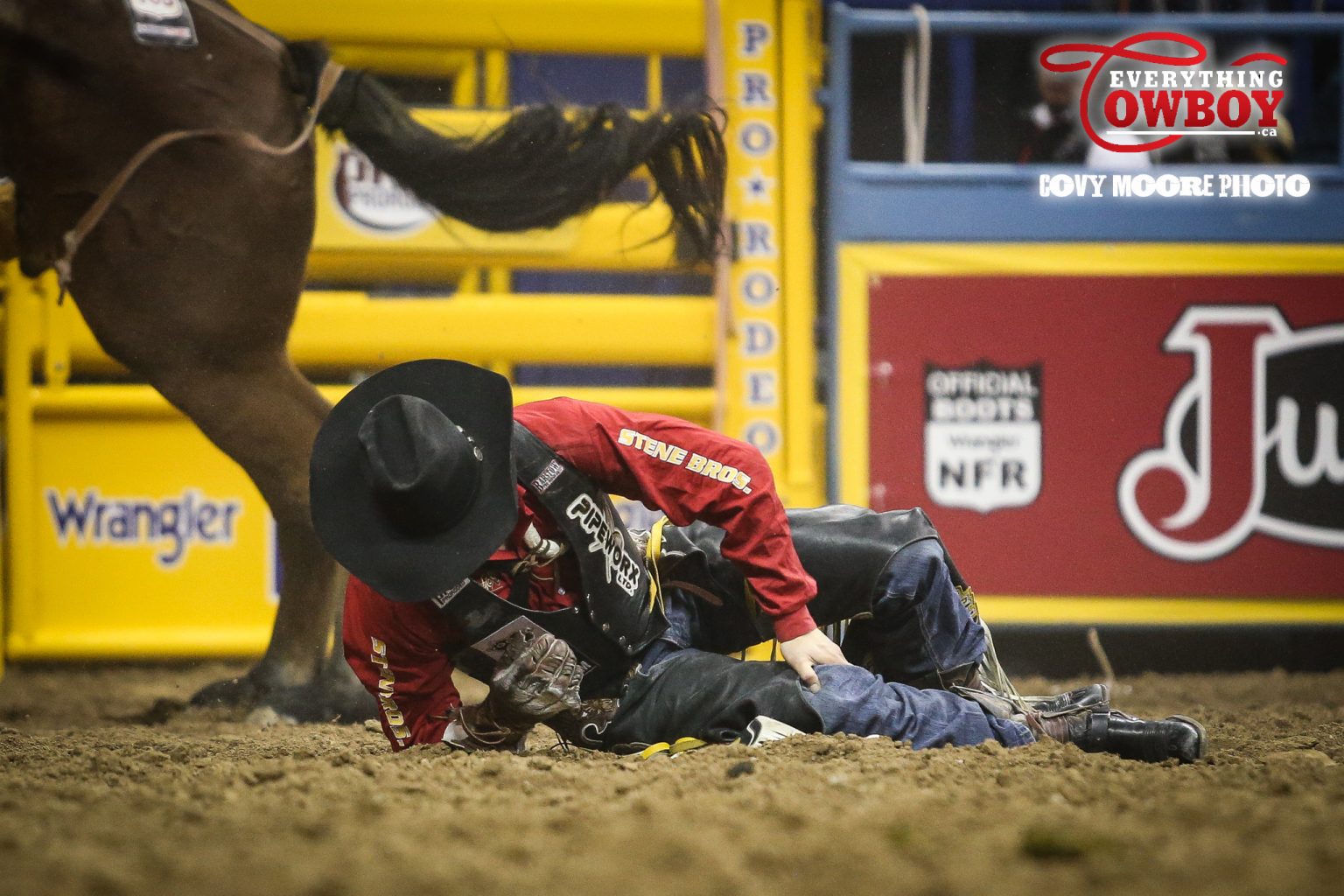 Jake Vold clutches his dislocated right knee in Round 8 of the Wrangler National Finals Rodeo in Las Vegas, Nevada on December 14th, 2017. Photo by Covy Moore/CovyMoore.com.