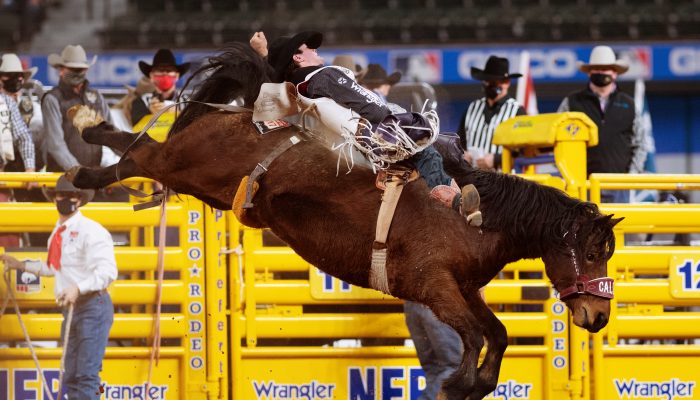 Cole Reiner rides Arbitrator Joe from the Calgary Stampede for 89.5 points in Round 9 of the 2020 Wrangler National Finals Rodeo. PRCA ProRodeo photo by Alaina Stangle.

Coverage of the 2020 Wrangler National Finals Rodeo on Everything Cowboy is presented by COWBOY SH*T, the Podcast. Check out the show and the merch at CowboyShit.ca 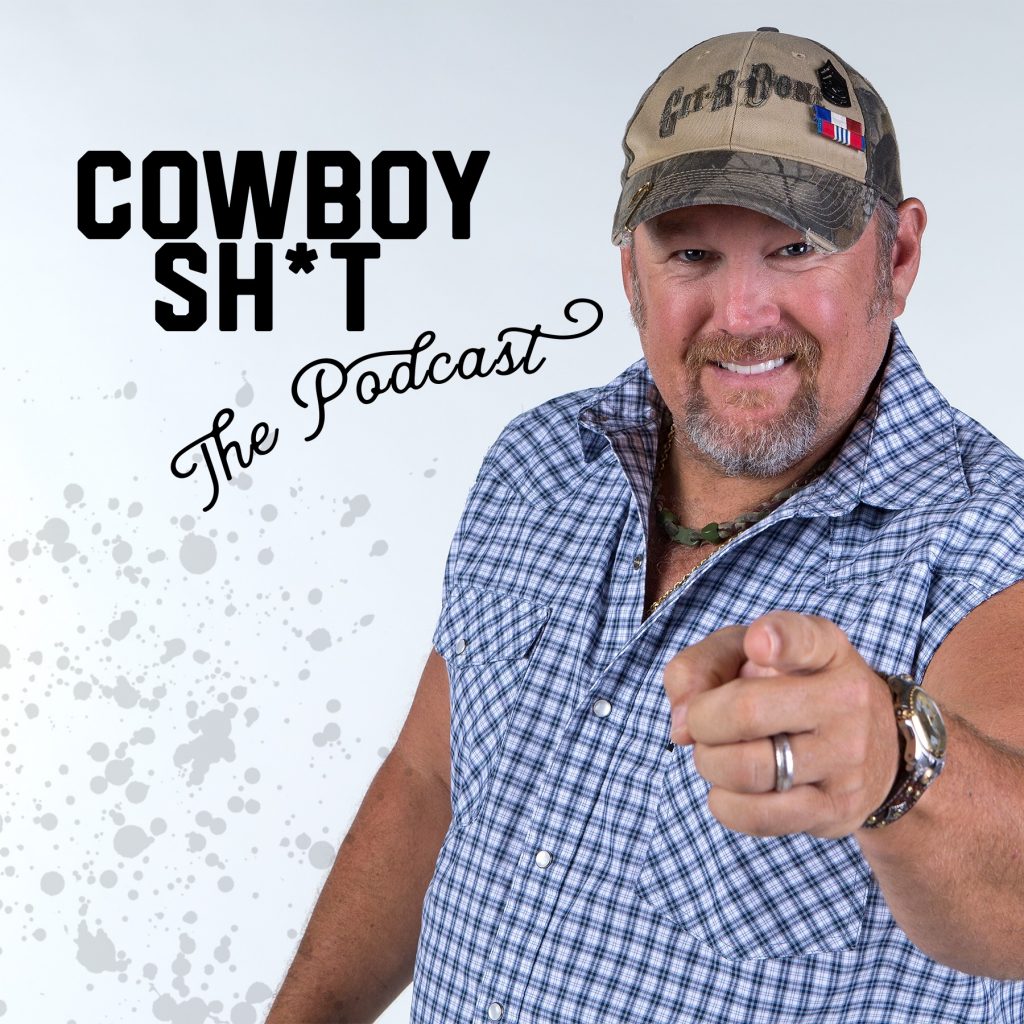 Manitoba native Orin Larsen got paid again, the lone Canadian on the board on Day 9, now earning checks four nights in a row with one final round to go on Saturday. Larsen rode Stace Smith’s Cactus Black for 83.5 points ton finish sixth place. He’s back up to No. 3 in the world but his chances at the gold buckle are very unlikely with World No. 1 Tim O’Connell and World No. 2 Kaycee Feild both over 50,000 points ahead of him and both tied for second in the aggregate. O’Connell leads Feild by 16,000 in the world and is ahead of Larsen by over 66,000 points, however first in the aggregate pays over 67,000 points. Larsen is the lone Canadian in contention for a world title going into the final day in 2020.

That other round win came in the bronc riding with World No. 2 Wyatt Casper against Calgary’s Xena Warrior at 88 points. Even with the round win, Casper trails 2017 World Champion Ryder Wright by about 1,300 points and by 95 points in the aggregate, a horse behind. It’ll all come down to placing in the final round and who stays on. Another round win could give Casper the gold buckle, if Ryder places higher than Casper in the round though, he wins. It’s a two man race.

Zeke Thurston was marked a lousy 72.5 points in Round 9 a very harsh marking based on the ride made. He could get a solid aggregate check, ranking fifth there and No. 10 in the world.

Kolton Schmidt and Hunter Koch were first out and roped their steer in a 4.0 flat but broke the barrier for their second check of the week. Levi Simpson and Shay Carroll had a rough go with their steer falling when Carroll threw his loop. Round 9 was a split between at 3.8 Colby Lovell, Paul Eaves, Chad Masters and Wesley Thorp. If it ended tonight we would have split up teams on each side of the world titles with Luke Brown and Paden Bray. Getting further into that you’ll need to check out Chelsea Toy and Kendra Santos’ work at the TeamRopingJournal.com

Nine rounds into the 2020 Wrangler NFR, Hailey Kinsel has won five times. On Friday she took the cake once again with a 16.81 all-but ensuring her third-straight world title, almost a full three seconds ahead in the aggregate race.

With his fourth round win of the week in the bull riding, the latest in Round 9 with 92 points on Record Rack’s Smoke Stack, Stetson Wright has moved to No. 2 in the PRCA standings, 81.75 points back of No. 1 Ty Wallace. With the aggregate factored in, he’s projected to win two gold buckles on Saturday. As the closest race on the field to this point, it all comes down to Round 10 in the bull riding but it looks like there will be a new world champion for the first time since 2014. On the all-around side of things, Wright has the buckle nearly cinched up in what would be his second in a row.

It was a three-way tie in the bulldogging between world standings leader Matt Reeves, Tyler Waguespack and Jacob Talley at 3.5 in Round 9. Stetson Jorgensen leads the aggregate in what could push him over the top for his first gold buckle. A clean run in the final round could be the ticket but if I were him I’d be watching out for Wag.

Tuf Cooper won the tie-down and was very excited about it at 6.9. It’s anyone’s game in Round 10 in that event. Except Shad Mayfield. He has had a horrendous week after coming in with a huge lead. I’m not sure on the scenarios here, it’s going to come down to the round money but Shane Hanchey, riding Canadian timed event superstar horse TJ from Logan Bird, has an advantage leading the aggregate despite being in the No. 7 spot in the world standings.

The tenth and final round of the 2020 Wrangler National Finals Rodeo takes place at Globe Life Field in Arlington, Texas starting at 6:45pm CT. For full results, standings and draws visit ProRodeo.com