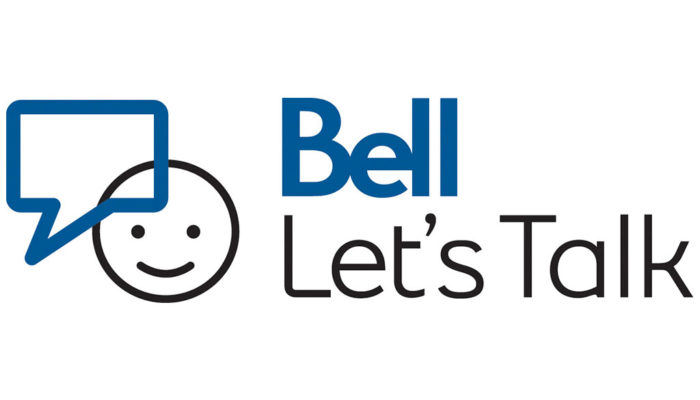 In November 2015, I was in Regina, SK, at the CCA Finals at the Brandt Centre. I had worked at about 140 performances of rodeo and bull riding, each of the past four years, and I was burnt out. That Thursday night things changed, and I found myself later that night in the hospital after a slightly terrifying experience.

For the record, I wasn’t even competing at that rodeo at the time.

That year had been more stressful than others due to some changes with a couple of contracts I had though I ended up giving up. For the entire month before, I had been having chest pains and having a bit of trouble sleeping. I hadn’t seen a doctor and thought I could sort it all out myself.

That was until in Regina I finally visited with someone from sports medicine who took my pulse, checked me out a bit and decided I should go and visit the paramedics upstairs. This was all during the rodeo that I was supposed to be working at. By this time of the year, I was at performance 130 or so and ready for a break.

Once I got upstairs to see the paramedics, I was getting worked up again as I had been at different points at stressful times in the fall. My heart rate got higher and higher, and I got more worried. They started checking me out and hooking me up to different machines in the medical room in a corner of the building. I remember the one paramedic looking concerned after checking my pulse. At one point, they even had me chew some Asprin, which made me even more worried as I knew what that meant they thought.

Once I calmed down a bit and they reassured me I was going to be OK, I was given a ride by them over to the hospital to see a doctor. There was no waiting when I got there and the doctor was quick to see me. She reassured me after a couple more tests that I was OK and they would get back to me on a test on my thyroid. She told me it was anxiety, explaining how to relax when I felt like this and eventually later that night I got back to the hotel and got some sleep. I remember her telling me when she felt anxious she would walk through her favorite golf course in her mind. I played Turner Valley a few times that evening.

From here, though, I was left without answers on what was going on or what to do to fix it. I had noticed over the past month that I felt better when I didn’t drink and a lot worse when I did. That was the first thing I quit. I didn’t have a drink for the longest time and didn’t feel right even having one for months afterwards.

For a while it seemed like drinking was the thing to do socially, every time someone offered me a beer I thought I had to have it. Now that I’ve said no respectfully for over a year I feel I’m in control. People understand and respect my choice to not drink and as far as I can tell, they don’t think any different about me.

A few days after Regina I was in Vegas for the NFR. I was writing for the Calgary Herald for the first time. The whole week was a struggle of stress and getting things done. I had a tough time even leaving the room. The trip home was horrendous, I was on edge all day and heard my heartbeat every time it thumped all day. I thought it might be the end when we were taking off that night on the way home.

Again, I thought I would be OK once I got home and had a break, but things still didn’t get better.

Finally, I saw a doctor, a family doctor that I found as I hadn’t seen one or even had one in years. That day he diagnosed me with mild situational anxiety. I told him I was fine and didn’t need any medication, but I still was tense and had panic attacks at different times. I have to say I would rather break a bone than have to experience one of those again.

What did gradually help me along was an almost complete change of my lifestyle. I started getting some exercise, which I had neglected for the past few years while growing my business among other things. I was told by the doctor I saw in Regina the first day that it would help. I took a meditation class and also, from the suggestion of my friend Kynan, enrolled in a course called Choices.

My mom told me from the start she didn’t want me to take anything for the condition, and I was set against it from there. I was scared that I might and things would spiral downwards from there. My view was that if I changed my lifestyle, eating habits and cut back on drinking that I would improve.

In my opinion, those things have all helped. More than anything that’s helped though has been talking to people about what I’ve been dealing with and what they deal with too. I found out that a number of people I knew faced these same challenges daily and had their own solutions.

I knew at my toughest points I could always call someone who would help me calm down and get through what I was experiencing whether it be anxiety or a panic attack. I’m thankful for the friends I have that have opened up to me and helped me through this battle which had been in my head.

Since I learned of my friend Ty’s passing and what he was dealing with, I wish I would have been there for him to help him. I know there’s nothing I can do now, but it hurts all the same. After learning more and more about the effects of concussions, I have thought more and more about the times I hit my head and what else might be going on with other friends I know that have experienced the same in our sport.

In writing about my experience here, I want more people to be aware of these issues so we can all talk about them as Bell is promoting today. At this point, I wouldn’t say I’m completely over everything that happened over the past year, but I am feeling a million times better. I’m thankful that this is something we can all talk about to help each other.

Thank you all for being there for me; I’m here for you too.

—
This was tough for me to share and brought back up some stuff that made me anxious again at times while writing it. My goal with sharing this is to encourage others to share their story below or call me so I can be here to help. There’s a ping pong table and crib board at the house if you ever want to come hang out.
– Ted Stovin
#BellLetsTalk #LiveLikeTy