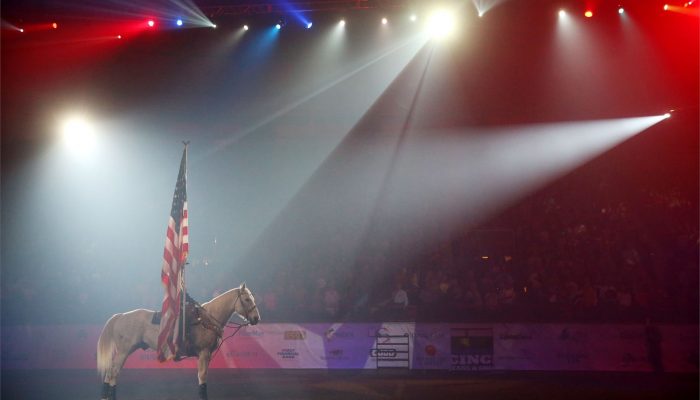 The Curse of San Angelo

EDMONTON, Alberta (April 22, 2022) – Injuries within the sport of rodeo are inevitable, especially when you are getting on a bull or a bronc, but it isn’t likely to see three injuries back-to-back-to-back.. We are nearing the one-week mark since the San Angelo Stock Show & Rodeo concluded and I have questions about the dark cloud that rained over three cowboys. If you were to do some research, like I did, you will come to find that San Angelo was once known as the “den of sin” because it was so rooted in crime many years ago. Some even say that the ghosts still haunt the streets and buildings.  Perhaps you could label me superstitious, or apprehensive, but would it be crazy to say there might be a San Angelo curse?

One cowboy on the injury list has always known the dangers as he has been around bucking horses his entire life. Lucas Macza knows his way around these animals more than most, but he was not ready for what hit him when he dismounted that night in San Angelo. After his ride on United Pro Rodeo’s Sky Fall, Lucas was kicked in the head and completely knocked to the ground. This injury was hard to watch because it could have been much worse, but after surgery on his jaw he is meant to make a full recovery and will be competing in a month’s time. Lucas is currently sitting in the 15th spot of the world standings with $29,700.18 won. Luckily the season is still early, and we will see him continue to climb his way to the top.

Now this may be a little far-fetched to think that this injury happened because he attended San Angelo, but it is something to think about. On April 7th, Rusty Wright competed in Logandale, Nevada at the Clark County Fair & Rodeo. Much like Lucas, his injury happened as he dismounted, where he broke his leg in multiple places. There is a high chance that he will be out for the remainder of the 2022 season, but he does not want to rule out the possibility of healing in time to return before the end of the year.

Maybe this is entirely a coincidence, and maybe these injuries could have taken place at any place or any time…but, if these haunted stories are true, perhaps something or someone from the past has decided to put a curse over the San Angelo colosseum. Thankfully these cowboys will make a speedy recovery and will be back on the rodeo trail before we know it.