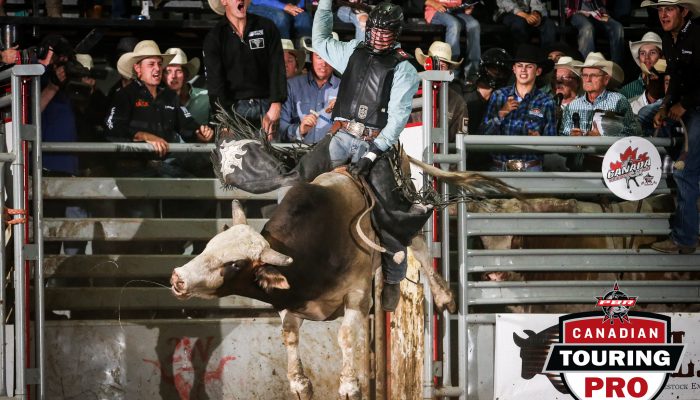 CALGARY, Alberta — Each year, we over the holiday season we recap the highlights of the season past. This year may be a day or two later but it’s no exception.

In the next week or so we will bring you the Top 7 Biggest Moments of 2017 as well as the 7 Worst Wrecks of 2017 on Everything Cowboy.

If you have a submission or addition, please email it to tedstovin@gmail.com or leave us a note in the comment section below!

Starting off this year’s countdown is the honorable mentions category. This one could still change in the next few days as well!

With the countdown being only seven items on each side this year it made choosing those top seven extremely difficult. Hence, why these five moments are making their appearance today.

I have never seen such a bronc riding before. I believe the top two highest marked bronc rides on the planet happened on this Saturday evening two hours east of Calgary.

Clay Elliott, as you’ll see below tamed Tiger Warrior from the Calgary Stampede to a 92 point score.

Layton Green added to his remarkable year in the CPRA on his way to a single season earnings record thanks in part to this 91.5 point effort on Stampede Warrior.

The calcutta in Pollockville could have been a highlight in itself. I’m excited to see what fantastic things happen with this event in 2018.

The Glen Keeley Memorial Bull Riding never disappoints and in 2017 I saw one of my favorites since I started going in about 2010.

Zane Lambert and Jared Parsonage would tie for the event win however only one bounty bull for an additional $10,000 was drawn. Luckily, the top bulls in the nation were all in attendance and it wouldn’t take long before a suitable second bull would be decided on.

Lambert would be bucked off of Blown Away from Vold Rodeo while Parsonage would be the first man to ride Johnny Ringo since Ty Pozzobon did so the year prior to claim the 2016 PBR Canada National Title.

3. Four in a row for Brock Radford

Never have I ever heard of one bull rider winning four PBR events in a row in Canada. It may have happened before but no one has corrected me or anyone else yet. I haven’t figured out where to track down this information yet either.

Collectively, Radford would earn $18,445.85, 1,340 Canadian points and 271.33 world points across his four event wins in North Battleford, Saskatchewan; Kelowna, British Columbia and stops in Elnora and Coronation, Alberta between July 26th and August 17th. The wins catapulted him into a spot on the PBR’s Built Ford Tough Series to kick off September.

Hats off to you Brock, hell of a run! Until anyone says anything different, you have a record for consecutive events wins in PBR Canada competition.

In five short years, the Back on Track Canadian Cowboy Ski Race presented by Ranchman’s has raised over $57,000 for the Canadian Pro Rodeo Sports Medicine Team. In addition in 2017, over $3,000 would be donated to the Ty Pozzobon Foundation.

Thanks to my pals Kynan Vine of the Calgary Stampede and Brandon Thome of the Sports Medicine Team and countless others for creating and maintaining the success of this event. I’m proud of what we have been able to accomplish with the help of the event supporters and sponsors so far.

Our sixth Canadian Cowboy Ski Race takes place on March 24th at Mount Norquay in Banff. I hope to see you all there! 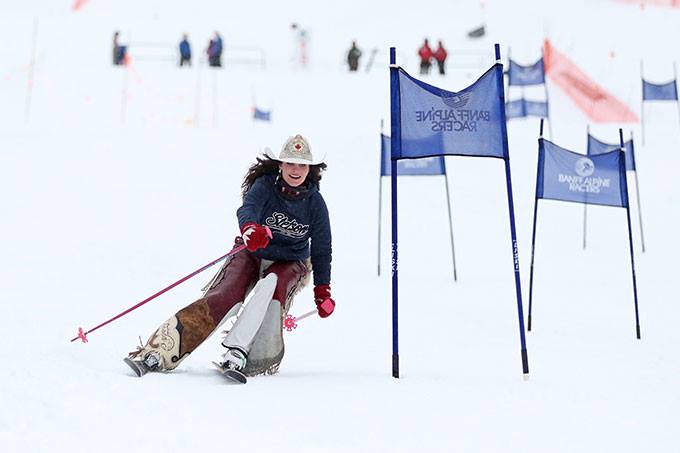 This year I finally booked a flight and went to check out what the biggest Canadian rodeo east of Calgary was like.

For those who don’t know, this event has already been around for 50 years. There are a lot of things that our rodeos out west could learn from Sylvain Bourgeois and his crew.

I had heard many things about what the event would be like and all I can say after going is that you too have to go. The only comparison I could make is that it would be like having a combination of the Big Valley Jamboree and Calgary Stampede, for ten days, in a town the size of Bentley.

On average there are 750,000 people attend the Festival and this year I haven’t actually heard how many people were there. The streets are basically shut down to traffic and people move like mad. I am already planning to go back next year. The 51st Festival Western in St. Tite takes place from September 7th to 16th, 2018.

That’s just a taste of this year’s countdown! Stay tuned for the real deal starting today.