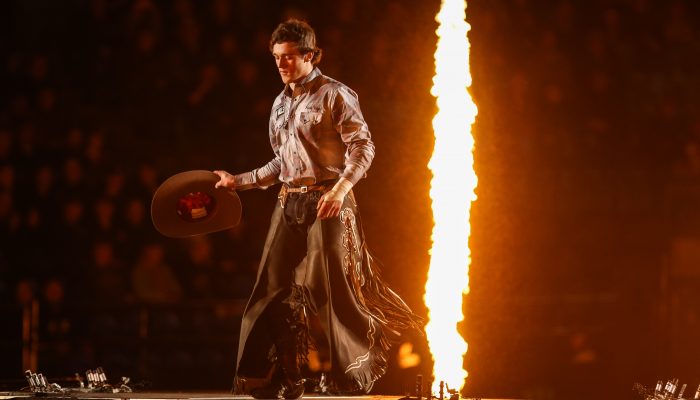 CALGARY, Alberta – For the second consecutive season, the PBR Canada Monster Energy Tour will resume with its reining Rookie of the Year on the sidelines.

After 2017 Rookie of the Year Coy Robbins saw his sophomore season ended early due to a broken humerus and dislocated shoulder, PBR Canada’s Rookie of the Year for 2018, Nick Tetz, is now inactive after undergoing reconstructive shoulder surgery on December 27 for an injury he first sustained two years ago.

“I ended up dislocating my shoulder when I was 16 at Kyle, Saskatchewan at a CCA Rodeo,” Tetz said. “My shoulder has been causing me some trouble basically since then.

“I’ve never really been ever riding bulls 100% healthy so this year I decided it was time to get surgery.”

“I’m not rushing it really until I know if I can come back or not,” Tetz said. “I don’t really have any goals set for 2019. There’s gonna be nothing too special, just try to get to the finals. That would be a pretty good accomplishment for me.

For Tetz, however, there is at least one upside.

“If you want to try riding through a dislocated shoulder, your riding arm is the one you wanna dislocate,” Tetz said of his left (riding) arm.  “The only thing I’m kinda worried about is getting hung up or something. How it is then, when I’m getting really yanked on and stuff, when I don’t really have a whole lot of control. But, I don’t get hung up too much so hopefully if it does happen [and] I’m able to stay on my feet.”

In 2018, Tetz finished No. 9 in the PBR Canada national standings to win Rookie of the Year. He narrowly edged out fellow first-year rider Daylon Swearingen, who finished No. 10 in the nation, 182.51 points behind Tetz.

“It means a lot,” Tetz said of winning the title. “That was one thing I really wanted.

“Stuff wasn’t going too well at the Pro Rodeos for a little bit there and when I made the jump and got quite a bit of points I didn’t really care too much about getting to the CFR, I just wanted to win the rookie of the year more.

“It kinda sucked the way I won it because I fell off my last one in Saskatoon, but I’m still speechless right now and it’s been a month. I still can’t really put it into words.”

“It’s hard to win, especially in the Pro Rodeos, but being able to be down there [in the record books] and now every time you get announced, you’re always going to hear that you won Rookie of the Year and hopefully someday, champion,” Tetz said.

“That’s something that they can never take away from me.”