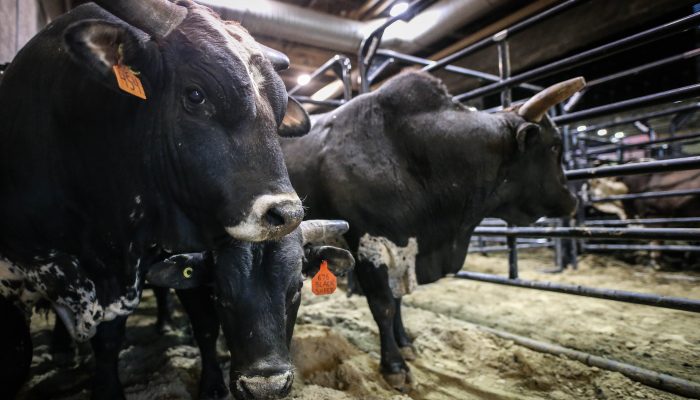 LAS VEGAS, Nevada — Ten bucking bulls from the nation of Canada have been selected for the 2018 PBR World Finals at the T-Mobile Arena from November 7th to 11th.

The ten bucking bulls from Canada selected this year are:

In addition to these ten bulls selected directly from Canada, an additional five bulls have been selected this year that were born and raised on Canadian soil.

These 15 bulls to my estimation are the most ever to make the journey originating from Canada. Seven Dust is making his fourth consecutive appearance, first going in 2015. That was the same year Bad Touch made his first appearance, making a second in 2016. In 2017 the bull originating from Elnora, Alberta and the Flying High Rodeo Company was snubbed but has been added back once again in 2018 for his third career trip to the World Finals.

For 2018, this marks the second-consecutive trips for Canadian Mist, Stuntman Ray, Blue Stone and Happy Camper.

Of the 148 bucking bulls so far selected to the 2018 PBR World Finals, 15 are Canadian. Wicked Dreams from Vold Rodeo may still end up at the T-Mobile Arena depending on competition at the South Point Hotel, Casino & Spa.