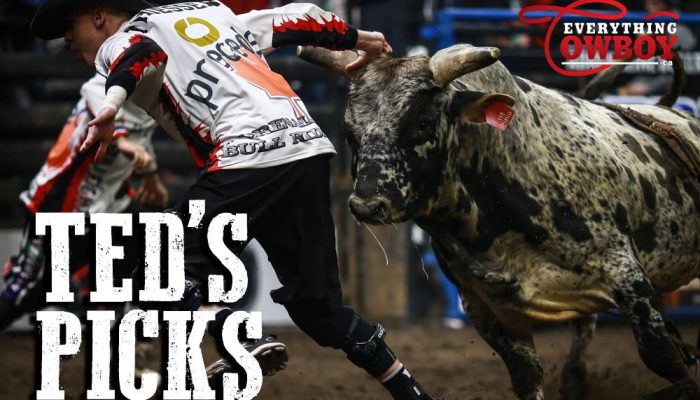 Corey Chmelnyk, partner of Wild Hoggs Bucking Bulls and part owner of Pound Sand and Pound The Alarm, is the man behind the event in his hometown.

This year, for the third year the event takes place inside the North Battleford Civic Centre and starts at 7:00pm. Tickets are $25, cash only with students at $15 and children five and under are free.

North Battleford marks the 12th and final PBR Canada event in July in the busiest month of the season. Many of the top bull riders in the entire PBR are in town for what is sure to be another fantastic show.

Take a look below at my picks for Wednesday night.

Coming off a win in Manor, his first since the same venue in 2015, Roy is looking solid. He also took home a Top 5 finish in Czar on Friday night. Spit N Image from Cody Strandquist was ridden by Lawson Nobbs in Nipawin back in May for 86.5 points. There the, red and white spotted bull spun both ways and looked strong. My money, as always is on A-a-ron.

Lachlan Richardson vs. Slip of the Lip

A grey, white face Thompson Rodeo bull, Lachlan will ride to get another bull in the finals. He won’t likely win the Round but two scores wins these things more than not.

I don’t know about this Skori Bull yet but I’m betting on Brock. No other Canuck has won what he has this summer, he’s all the way up to No. 28 in the PBR’s World Standings and leads the race here in Canada looking for his first Canadian Championship.

This black, white faced R-Saga bull went left in Manor against Klayton Lakevold and really bucked. Lonnie was bucked off in Cheyenne, Wyoming on Monday but still ranks No. 34 in the PBR’s World Standings and No. 5 in the much tighter Canadian Standings. West already has three event wins this season and tonight could be the fourth. I’m going with the Round 1 win in this match.

Tanner Byrne from the Flying Four Bucking Bull crew says this is a little black bull three-year-old that will go either way and have a lot of action. Gloria is riding as good as anyone now and tough to get on the ground. He’s going to be making his debut at the PBR’s elite level next month in Nashville as well.