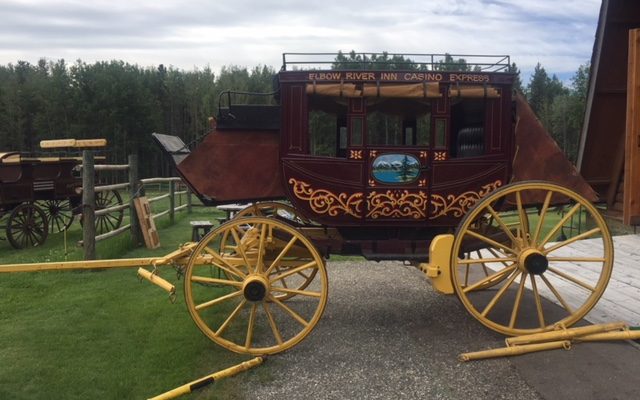 BRAGG CREEK, Alberta – When Calgary business legend and philanthropist Sam Switzer passed away in June of this year, he left behind an incredible legacy.

Starting in business at the age of five, he was a pioneer builder and developer in Calgary. He constructed apartment buildings, shopping centers, the hotel known as ‘The Summit’, and the Elbow River Casino, Alberta’s first.

As a volunteer of at the Calgary Stampede, Switzer loved the western way of life after meeting his wife, Betty.

Together they didn’t just love it, they lived it.

“Sam and Betty lived out here from the mid-70’s on,” said Sam’s step-daughter, Merrena Thompson of their Bragg Creek estate. “They were great collectors, but not only did they collect the carriages and stagecoaches to display but they used them all the time. It was truly part of their lifestyle.

“In the winter the used to hook up one of the bob-sleighs and go and visit neighbors down the road. Very country-rural lifestyle.”

Over the years the two collected an exquisite assortment of horse-drawn carriages and an immaculate stagecoach which is in October 6th’s auction at their home in Bragg Creek.

“I think the highlight would probably be the stagecoach,” Thompson said of the upcoming auction. “It was in the Calgary Stampede. A couple of the horse-drawn vehicles were in the parade. The Landau convertible carriage which was professionally restored by Remington in 2013. Those are probably two of the real highlights. 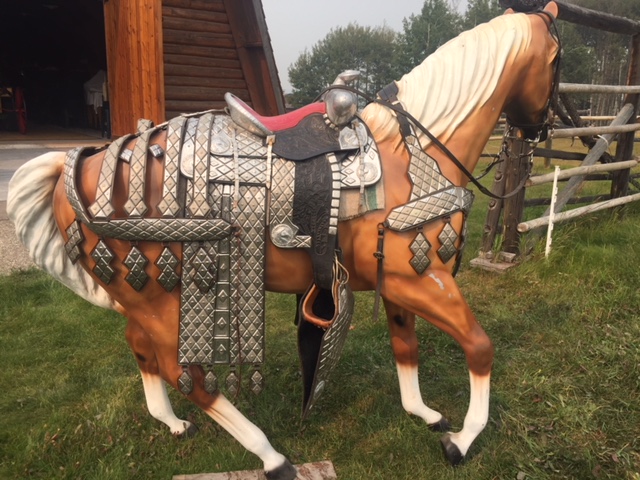 In total, there are 18 horse drawn vehicles not to mention a parade saddle, the likes of which don’t become available very often. There are also a pair of pianos which are part of Calgary’s history along with other numerous collectibles and household items.

“There’s a Yamaha baby grand, it’s a G2, it was built in 1966 in Japan,” Thompson said. “I believe that it used to be the piano at the top of ‘The Summit’. In its day, there was a restaurant at the top of The Summit Hotel downtown. It was the round hotel, Sam built it and it was called ‘The Top’ and he used to bring in big musical acts up there back in the 60’s and 70’s.

“The other piano is great fun and it’s still operational. I was just playing with it the other day. It’s a Dale Forty player piano. We have tons of the scrolls that you put in to play different music on it. I haven’t been able to track down an age on it. It has been converted over the years to electricity but I had it open the other day and it still has big pedals that somebody would have pushed to get air in to make the scrolls move.”

Interest in the pieces has so far been Canada wide and into parts of the United States.

“I think it’s going to be a fun day to see who comes and what the interest is,” Thompson said. “We’re hoping that they go to individuals that will love them and use them as much as Sam and Betty did.”

For more information visit the auction page at McInenly.com