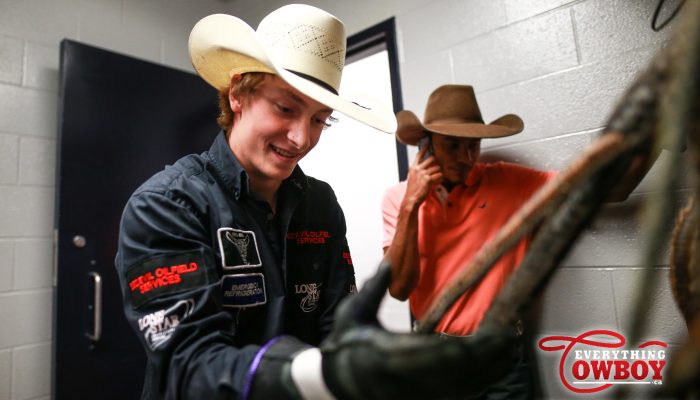 Sidelined on the grandest stage

CALGARY, Alberta — Coy Robbins was never so happy to get through a workout at the gym as he was this week. The 2017 PBR Canada Rookie of the Year managed to put his body through some paces, and still feel stable. That’s a big milestone, considering what the bull rider has been through in the past month – learning about concussion injuries the hard way.

Robbins, who lives with his family on a ranch near Bawlf, AB, has been on a rapid ascension up the sport’s ranks since he claimed the Canadian boys steer riding championship in 2014, and graduated to junior bulls. In June, he turned pro, just two days after his 18th birthday.

But while he was turning heads as a member of Team Canada at the PBR Global Cup in Edmonton in November, he hurt his own. A bull called Whiskey Hand had Robbins in trouble about halfway through the ride at Rogers Place.

“He just kept bucking harder and harder, and when he got me on the end of my arm, there was no more give,” he described. “He just threw me on my back, and then my head whipped back, and the back right side of my head hit the ground first.”

Knocked unconscious and diagnosed with concussion, Robbins opted to follow the advice of the Pro Rodeo Sports Medicine Team, and turn out his next two bulls in Edmonton at the prestigious event. That was followed by a week of laying low, resting and drinking lots of water.

Here’s where the learning comes in. Robbins was feeling better, and after a good workout at the gym, decided he was ready to show up for his bull at Agribition, less than two weeks later.

“It was kind of stupid of me, now that I look back on it,” admitted Robbins. “But that’s the thing with concussions. A guy can break his wrist and see the cast, and you know you can’t get on because of it. But with your brain, you can’t see it, and that makes it tough.”

Knocked unconscious again in Regina, Robbins realized this was serious business. Again, he went home to rest his brain. But before considering a return to the arena, he paid a visit to world-leading sport concussion expert, Dr. Brian Benson, at the WinSport Medicine Clinic in Calgary, for some rigorous concussion protocol tests to check his healing progress. Assessed at about 95 per cent of normal in mid-December, Robbins went home with instructions to follow. A week later, after his first workout, things were feeling good, and the young talent was elated, and relieved.

“I’m really happy,” he bubbled. “I’ve been craving it like crazy, to start getting on again. I’ve been over in the practice pen helping some buddies get on, and it’s been eating at me. I’m glad this workout today went good.”

“But then again, I’m still going to be careful. I’m going to do everything I can to keep my brain healthy.”

Through this experience, Robbins has been grateful for one key rodeo business decision he made earlier this fall – to work with Supplemental Insurance to set up a coverage plan.

“Lonnie West has been on it for a bit, and told me about it. But I’d been leery. I didn’t want to jinx myself, because I’d been pretty healthy – kind of a mental game I played with myself. But my Mom and Dad said ‘if this is what you want to do, and you can’t rodeo because you’re injured, how are you going to make money?’ Then I got looking at it as a business, and figured it was the right thing to do.”

Supplemental Insurance agent Cheyenna Page, who works with Geoff Turnquist, came over and helped Robbins set up the policies he chose.

Since Robbins has been unable to rodeo, money from his disability policy has gone a long way towards easing his mind, as well as finances. It’s also enabled him to focus on his recovery process.

“It makes you feel a little more secure. I can get bored, and almost like depressed, just hanging out at home, so it keeps a guy knowing that he’s not going to go in the hole.”

Robbins reflects on fellow bull rider Ty Pozzobon’s sad but important legacy, which he believes has helped educate not just rodeo, but the whole world, on concussions and head injuries, and what they can cause. He’s also grateful for the Ty Pozzobon Foundation, which helps ensure the Canadian Pro Rodeo Sports Medicine Team is able to attend rodeo and bull riding events.

“Sports Medicine has been great in really making sure we understand what needs to be done to properly heal.”

If his recovery pace continues, Robbins is considering entering the early January PBR Velocity Tour event in Oakland, CA. In the meantime, he has also invested in the best bull riding helmet on the market, and also plans to wear a double layered mouth guard.

Just as he’s gained so much more knowledge about head injuries, Coy Robbins also now sees, first-hand, the benefits of having insurance coverage in rodeo.

“I really do think its something everyone should have. I guess it’s whatever you price yourself at. If you value yourself at what I value myself, the cost is pretty small.”

For more information on how to get covered, visit SupplementalInsurance.ca 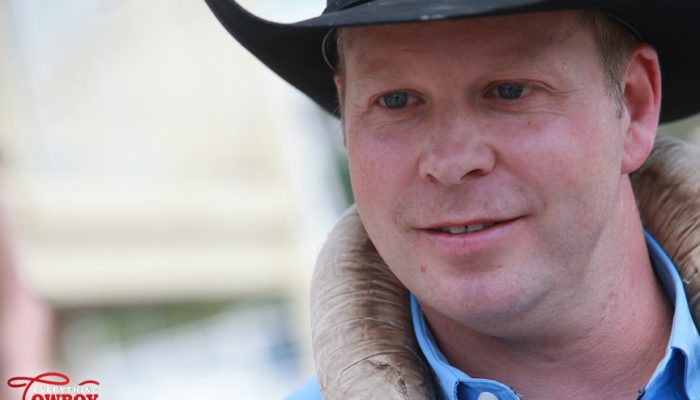