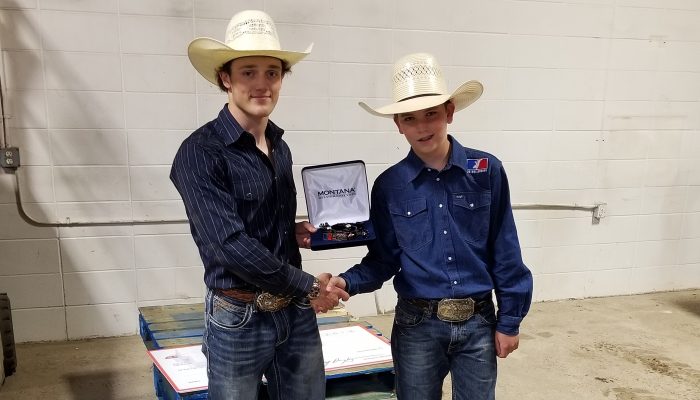 Fresh off a fourth place effort Wednesday night in Kinsella, Alberta, Tetz climbed to the top of the leaderboard as one of three riders to deliver a flawless 2-for-2 performance.

The career-best performance earned the young gun $3,537.27 in addition to 60 world points.

For Coverchuk, the finish is his second consecutive runner-up effort, and sixth Top 10 in the month of July.

In Round 1, he rode Guajillo Bandit (Foley Bucking Bulls) for 79 points, which he followed with an 85.5-point trip on Morning Wish (Wild Hoggs/Trish Streeter) in the Championship Round.

Much the opposite, for Radford, the second place effort was his best since he was runner-up at Australia’s Last Cowboy Standing in June.

Fourth place went to Lachlan Richardson (Gresford, New South Wales, Australia) who won Round 1 with 84.5 points on Chiseled in Stone (Thompson Rodeo Livestock). The surging Australian collected a check for $1,420.13 in addition to 15 world points.

Rounding out the Top 5 was New Zealand’s Paddy Church who earned $500.09 and 10 world points after riding Arnie (Wild Hoggs Bucking Bulls) for 74.5 points in the first round.