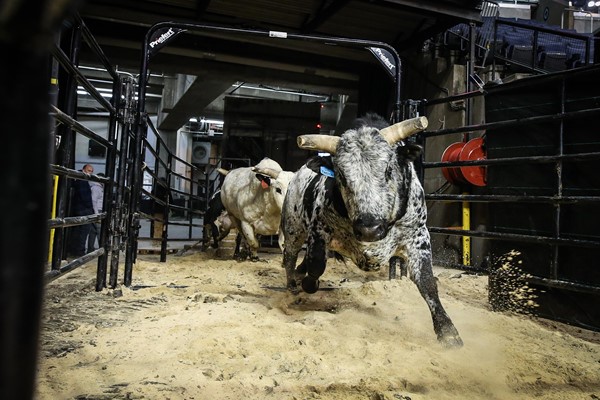 Professional Sports Return to Canada with Back to Back PBR Events Highlighted by Drive-In Event in Lethbridge, Alberta on July 23

LETHBRIDGE, Alberta – After a 138-day hiatus from competition in Canada, PBR (Professional Bull Riders) will pioneer the return of fan-attended professional sporting events in the country when the elite Monster Energy Tour holds back-to-back events on Thursday, July 23 in Lethbridge, Alberta at the ENMAX Centre.

An all-Canadian produced production, the doubleheader event will get underway at 1:00 p.m. MT on July 23 with the PBR Cooper Tires Invitational, followed by the PBR Built Ford Tough Invitational at 7:00 p.m. MT.

The PBR Cooper Tires Invitational will be closed to the public, available only on TSN and the league’s OTT channel RidePass. The second event, the PBR Built Ford Tough Invitational, will mark the first fan-attended professional sporting event in Canada since the onset of the COVID-19 (coronavirus) pandemic.

The fan-attended PBR Canada Monster Energy Tour LIVE: Drive-In Spectacular will welcome back fans by bringing the high-adrenaline action from inside the closed arena to fans via a suspended 23-foot big screen. More than 200 parking stalls will be available to the public for purchase in the West Parking lot of the ENMAX Centre to watch all the action from the comfort of their own vehicles.

Throughout both events, all riders will be competing for a cash purse, in addition to crucial points toward both the Canadian national and world standings.

“PBR was the first major professional sport to return to action in the US, and now we are excited to continue the cowboy spirit here in Canada by pioneering the return of sports with fans in attendance,” said PBR Canada General Manager Jason Davidson. “We want to thank our fans for their patience and cooperation as well as our incredible partners in the ENMAX Centre and City of Lethbridge for their tireless work in helping us hold this event safely and responsibly.”

“ENMAX Centre is looking forward to working with PBR Canada on making this event safe and exciting for everyone involved,” Jordan Dekens, Sales and Marketing Manager, ENMAX Centre, said.

The guidelines and protocols in place for fans at the PBR Canada Monster Energy Tour LIVE: Drive-In Spectacular will include:

–          Socially distanced parking stalls ensuring all groups of fans are kept at minimum six-feet apart. All vehicles will also be mandated to park in straight fashion to prevent breaches in the social distanced spaces.

–          Restricted movement for fans, who may only exit their vehicles to use the bathroom facilities.

–          Portable bathroom facilities and handwashing stations will be sanitized between uses.

Additionally, all riders, stock contractors and staff functioning within the ENMAX Centre for both events have pledged to adhere to a comprehensive set of health and safety protocols including:

–          Pre-travel screening including a CDC-informed questionnaire and self-administered temperature tests.

–          Social distancing throughout the event, with all riders, stock contractors and staff maintaining six-foot distance, except when crucial to the safe performance of bull riding.

–          Mandatory mask usage by all riders, stock contractors and staff with the exception of when it would inhibit athletic performance.

In addition to the LIVE bull riding action from inside the ENMAX Centre from the PBR Built Ford Tough Invitational, attendees of the PBR Canada Monster Energy Tour LIVE: Drive-In Spectacular will be kept engaged throughout the night as the league’s entertainer Brinson James joins the event remotely as the official host.

Videoconferencing into the event from his home in northern Florida, James will keep the crowd engaged throughout the performance, including awarding a Cooper Tires Social Media Fan of the Night, and upgrading one car to a front row stall via the Monster Move of the Night.

The events in Lethbridge will also debut a new state-of-the-art set.

With the arena now slated to be bookended by two, intimately hung, high-definition 40-foot screens provided by Feature Productions, the new configuration inside the ENMAX Centre will feature four-times as many screens, heightening the show’s production quality.

Tickets for the PBR Canada Monster Energy Tour LIVE: Drive-In Spectacular are on-sale now at ENMAXCentre.ca, and they range in price from $59-$79, standard fees may apply.

In addition to a parking stall, each vehicle will receive a 2020 PBR Canada Commemorative Yearbook with purchase.