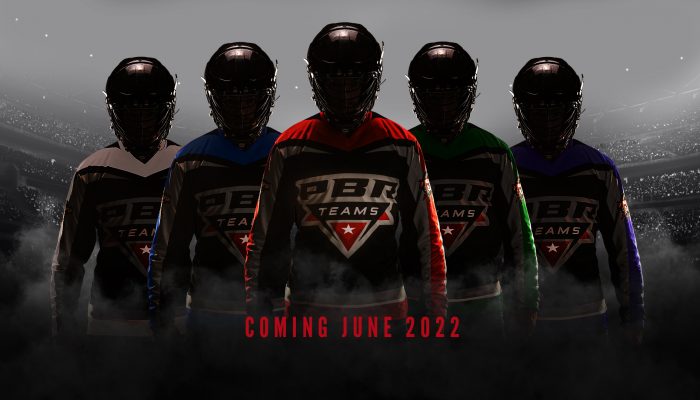 PBR, the owner of the new league, is initially offering six team sanctions for sale as an equity-bearing investment; two additional teams will be league-owned. Each of the league’s eight founding teams will be based in a home market and play host annually to a bull riding event and western lifestyle festival, in addition to two “neutral site” league-produced events followed by the Season Playoff & Championship. The teams and their respective ownership and home market selections will be announced in early 2022.

“Building on the success of our Unleash The Beast premier tour, the team format events we introduced in the past few years produced even more rider passion and better competition in an electric atmosphere,” said PBR Commissioner and CEO Sean Gleason. “Fans will have new rooting interests, host cities and home-team partners will deliver new marketing programs, and we will create additional value for every PBR stakeholder.

“This is a truly transformational advancement for a sport that has grown consistently throughout the past 28 years and is now a franchise property on CBS, packing arenas coast to coast, and operating tours in three countries outside the U.S.,” Gleason said. “Bringing team competition to ‘the original extreme sport’ is an opportunity to reach new levels of organic growth with fans, partners, and the next generation of PBR athletes.”

The PBR Team Series will be televised by CBS and CBS Sports Network and also carried on RidePass on Pluto TV.

The new PBR league will complement the newly restructured January-to-May Unleash The Beast season. The PBR Team Series builds on the existing structure of PBR with the same basic rules for judging and scoring qualified bull rides. The most significant change is events will recognize team performance rather than individual performance – with riders and owners winning as a team.

The PBR Team Series will host a rider draft prior to the 2022 season, with team owners drafting bull riders from among any PBR rider member who has declared for the draft based on League rules. Riders and team owners will compete for separate prize pools that will reward team performance at each event and in the final season standings.

Event competitions will be structured as head-to-head games between two teams. Each game will feature five riders per team squaring off against another team. The team with the highest aggregate score of qualified rides among its riders will be declared the winner of each game.

Most competitions will feature three games per team. The team with the best game record across an event will be declared the winning team for that competition. Rider and team event payouts and season standings will be based on win-loss record and tie-breaks throughout the entire season.

In recent history, bull riders competing on teams debuted with the PBR Global Cup in 2017, with PBR hosting the global competition in Edmonton, Alberta, Canada, Sydney, Australia, and twice in Arlington, Texas. PBR team competitions continued with the Monster Energy Team Challenge (METC) in June 2020 at South Point Arena in Las Vegas, culminating in the METC Finals in Sioux Falls in July. In addition, PBR has staged “Cowboys for a Cause” team charity events aboard the USS Lexington aircraft carrier in Corpus Christi, Texas in 2020 and 2021.

“I grew up in the format of team competition when I played soccer in Brazil, and I loved the brotherhood of being on a team and having strategies to beat another team,” said reigning PBR World Champion Jose Vitor Leme. “I’m very excited for the draft and finding out who will be my partners on the team.  People cheer for teams. This will bring a lot more fans to this sport. “

“I’m really excited for this new opportunity in our sport,” said 2016 PBR World Champion Cooper Davis. “Teams bring a great new element to bull riding. Guys feel the responsibility to ride for their teammates and it makes everyone ride better. You’re riding for more than yourself.”