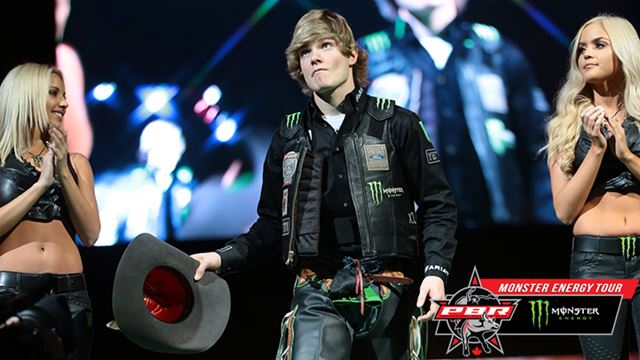 QUÉBEC CITY, Québec (January 18th) – The PBR (Professional Bull Riders) will buck back into Québec City, Québec, with the Canadian Monster Energy Tour (MET) for the second-ever international Major on May 18-19, 2018 at the Vidéotron Center.

One of five Major events among hundreds of events annually produced by the PBR, Québec City is the lone international Major held in the four countries PBR hosts events outside of the United States. The remaining four Majors are part of 25th PBR: Unleash The Beast, the league’s premier series based in the United States.

At a PBR International Major riders will compete for an increased amount of world points and more prize money.

While Monster Energy Tour events normally award a total purse of $20,000 CAD and 120 points to the event winner, the Québec City stop will award $100,000 CAD, with the event champion earning 300 world points.

The Monster Energy Tour regularly features Canada’s elite, alongside some of the league’s top international athletes, squaring off against the rankest bucking bulls from both Canada and the United States. Fans will witness exhilarating 8-second rides and wrecks throughout the action-packed event as the PBR’s courageous riders face off against their 2,000-pound opponents bred to buck.

Like the inaugural event in 2017, ticket holders will once again be captivated by a 35-rider field, including 10 international invitees ranked within the Top 35 of the PBR world standings at event time.

Last year’s roster of invitees was highlighted by 2017 PBR World Champion Jess Lockwood, Chase Outlaw, Matt Triplett and event winner Derek Kolbaba, all of whom were ranked within the Top 10 of the world standings.

In addition to competing for points towards the world standings, whereby riders can qualify for the elite 25th PBR: Unleash The Beast should they crack the Top 35, competitors will also have the opportunity to earn Canadian points in the race to be the top-ranked rider at season’s end and be named the PBR Canada Champion.

Young gun Kolbaba won the inaugural event in 2017 after delivering a perfect 3-for-3 performance that was backed by wins in the event’s first two rounds. The 21-year-old earned $34,100 CAD and 300 world points, rising to No.3 in the world rankings. Kolbaba concluded his 2017 campaign ranked No. 2 in the world standings, 447.5 points behind World Champion Lockwood, a fellow competitor at the inaugural event in Québec City.

The bull riding action at the Vidéotron Center begins at 8:00 p.m. ET on Friday, May 18, 2018 and 7:30 p.m. ET on Saturday, May 19, 2018. Each rider will get attempt one bull each in Round 1 on Friday and Round 2 on Saturday. The Top 10 bull riders will then advance to the Championship Round on Saturday, where an event winner will be named.

The Québec City event will mark the second stop of the 2018 Monster Energy Tour, following the season opener on March 24 in Calgary, Alberta.  The complete schedule of events for the tour’s third season will be announced in the coming days.