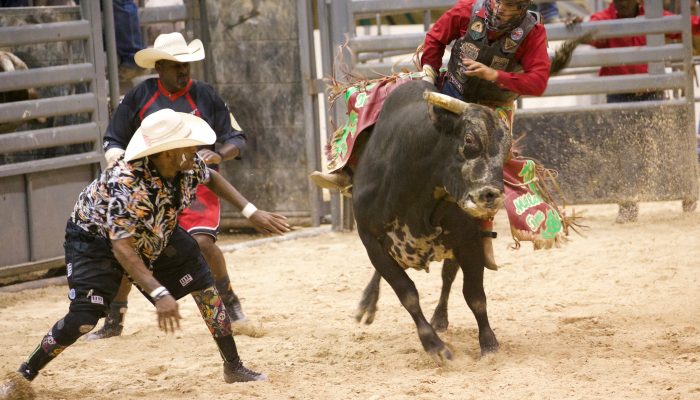 PBR, the world’s leading bull-riding organization, will co-produce and co-market BPIR events that will take place alongside competition in PBR’s top two U.S. tours in select markets. The rodeo events alongside the PBR Unleash The Beast and Pendleton Whisky Velocity Tour will be offered for television broadcast.

“We are thrilled to partner with the largest and longest-running touring African American rodeo celebrating Black cowboys and cowgirls and their contributions to the American west,” said PBR Commissioner and CEO Sean Gleason. “PBR will help produce and promote these essential rodeos, helping to keep important and underappreciated Black cowboy traditions alive, developing the next generation of champion cowboys, and bringing the sport of rodeo to a new generation of fans.”

“The Bill Pickett Invitational Rodeo is extremely excited about our partnership with the PBR as we connect our communities with rodeo, tell the stories of Black cowboys and cowgirls and showcase the skills and contributions of these athletes,” said Valeria Howard-Cunningham, President of BPIR. “This alliance allows us to elevate BPIR and to offer more Americans the opportunity to experience a BPIR rodeo in person and through television. I am excited about our future as we continue to educate audiences by telling our own story, entertaining audiences and touching the lives in our community through the BPIR rodeo.”

The Bill Pickett Invitational Rodeo began in 1984, named for famous rodeo “bulldogger” Bill Pickett (1870-1932), who was the first African American inducted into the National Rodeo Hall of Fame and is credited with helping to bridge the racial divide at the end of the Civil War in 1865. BPIR thought it important to pay homage to Bill Pickett and make his name more prevalent by naming their rodeo after Bill Pickett.

Pickett was the second of 13 children born to Thomas Jefferson Pickett, a former slave. He left school in the 5th grade in Texas to become a ranch hand and invented the technique of bulldogging, the skill of springing from his horse, grabbing cattle by the horns and wrestling them to the ground.  Pickett would become known for his tricks and stunts at local country fairs, and with his four brothers, he formed The Pickett Brothers Bronco Busters and Rough Riders Association. The Pickett name soon became synonymous with successful rodeos.

In 1905, Pickett joined the 101 Ranch Wild West Show that featured popular cowboys including Buffalo Bill and Will Rogers and would soon tour around the world and star in early motion pictures.

“I can’t tell you how happy I’m to hear about this alliance – having served as Grand Marshal of the BPIR for 35 years as well as being a big fan of the PBR,” said EMMY® Award winning actor, director and producer Glynn Turman. “It is with great anticipation that I look forward to seeing this ‘Greatest Show on Dirt’ presented over the airwaves and streamed into people’s homes. I only wish that the man whose vision it was, Lu Vason were here to see it. Valeria, God bless you and your amazing team for keeping the dream alive and seeing it to the next level.”

“It is fitting that a progressive western sports organization such as the PBR has partnered with a brand that has carried on a rich and otherwise often ignored and forgotten tradition of the most iconic Black cowboy of all-time, Bill Pickett,” said Keith Ryan Cartwright, author of the forthcoming book Black Cowboys of Rodeo: Unsung Heroes from Harlem to Hollywood and the American West. “Standing shoulder to shoulder, the PBR is in a position to help the Bill Pickett Invitational Rodeo gain the one thing it’s deserved since Lu Vason founded the organization in 1984—the recognition of a mainstream audience.”

In 1977, during Wyoming’s Cheyenne Frontier Days, Lu Vason’s interest turned toward rodeo after his curiosity was aroused when he noted the absence of Black cowboys and cowgirls participating that day. Over the next couple of years, Vason, a leader in the entertainment community, did his research and found thousands of Black Cowboys and Cowgirls across the country lacking the opportunity to showcase their talents. Vason was convinced that the time had come to uncover the cultural past of the Black Cowboy.

In 1984, he created an all-Black rodeo association named after the legendary Black cowboy, Bill Pickett, who originated the rodeo event called “bulldogging’. After Vason’s passing in 2015, his wife, Valeria Howard-Cunningham, began working to keep the legacy alive.

Howard-Cunningham felt the rodeo had a rich history, legacy, and a huge importance to the community. She is deeply passionate about BPIR, works hard to create and enhance the organization’s vision and created a detailed strategic direction for BPIR. Key to this vision is the belief that promoting a first-class African American rodeo tour remains critical to Black Cowboys/Cowgirls and their communities.

“More than ever, it’s important for all of us to set examples, create visions and provide opportunities for kids and young adults to understand the history as well as the purpose of BPIR, and create new history,” Howard-Cunningham said.

Fueled by these principles, the Bill Pickett Invitation Rodeo is entering its 37 year of educating, entertaining and connecting communities across the US as the “Greatest Show on Dirt”.