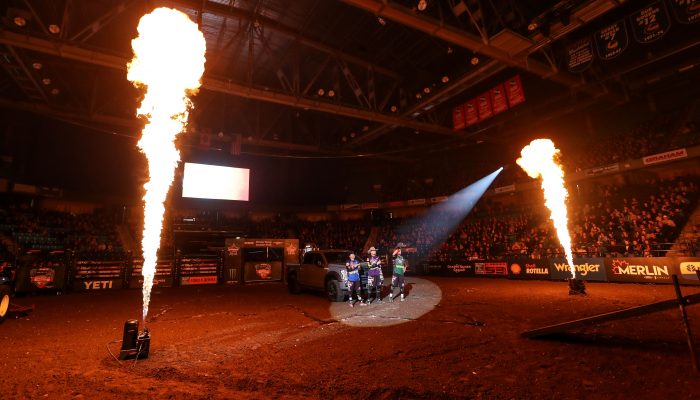 Tickets for the PBR Saskatoon Classic at SaskTel Centre on-sale Friday, May 21 at 10:00 a.m. CST

In cooperation with local government and through the dual activation of the PBR’s “Be Cowboy Safe” guidelines, and Saskatchewan Health COVID-19 rules and regulations, SaskTel Centre and PBR have instituted a series of protocols to enhance the safety of guests, including:

PBR Canada last travelled to Saskatoon in 2019 when The Hub City welcomed the league for the season’s Finals, as one of the most fiercely contested national title races in league history came to a climactic end.

Going a flawless 4-for-4 to win the season-culminating event inside SaskTel Centre, Daylon Swearingen (Piffard, New York) completed a come-from-behind surge to rise from No. 4 to No. 1 in the national standings, capturing the 2019 PBR Canada Championship.

Following his dominant performance in Saskatoon in 2019, Swearingen went on to contend for the PBR World Championship in 2020, concluding the year a career-best No. 9 in the world.

Tickets for the event go on sale Friday, May 21, and start at $25, standard fees may apply, and can be purchased online at TicketMaster.com.

The 2021 slate of events marks the fifth season for the PBR Canada Cup Series as a unified competitive series traveling across the country and broadcast on TSN. Stay tuned to PBRCanada.com for the complete 2021 event and broadcast schedule, to be announced in the coming weeks.