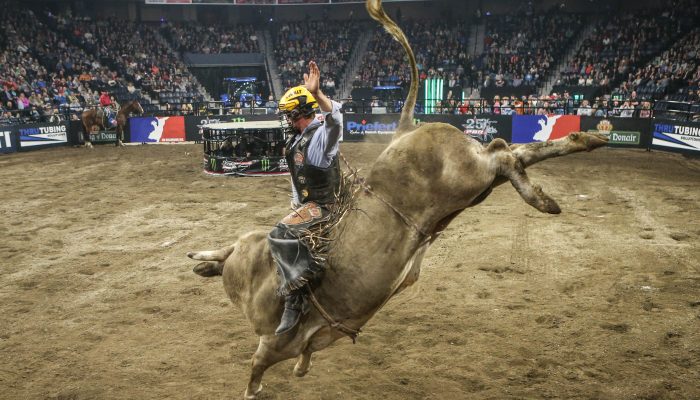 The Touring Pro Division regularly features Canada’s elite, alongside some of the league’s top international athletes, squaring off against the rankest bucking bulls from the nation. Fans will witness exhilarating 8-second rides and wrecks throughout the action-packed event as the PBR’s courageous riders face off against their 2,000-pound opponents.

The event will mark the final Canadian tour stop prior to the season-culminating PBR Monster Energy Canadian Finals, presented by Mac’s/Circle K and Dakota Dunes Casino, on Nov. 23-24 in Saskatoon, Saskatchewan, where the 2018 PBR Canada Champion will be crowned.

The newly announced event comes on the heels of one of the most fiercely contended national title battles in league history.

Coming down to the final outs of the 2017 PBR Canada Finals, Zane Lambert (Ponoka, Alberta) overcame a 500-point gap in the national standings, going 1-for-2 on the last night of the season-culminating event, to earn the event title and his second PBR Canada Championship. Lambert is the only rider to win the Finals event multiple years, let alone in back-to-back seasons, having first won in 2016, and is only the second rider in PBR history to hold multiple Canadian titles.

Brock Radford (De Winton, Alberta) finished second in the season-end rankings after leading the majority of 2017 compliments of his historic four consecutive event wins on the nation’s Touring Pro Division.

Joining Lambert and Radford as riders anticipated to compete are Lonnie West (Cadogan, Alberta) and Jared Parsonage (Maple Creek, Saskatchewan), both currently ranked inside the Top 10 in the Canadian national standings.

The bull riding action begins at 7:00 p.m. MT on Saturday, October 20 at the Edmonton Expo Centre. All riders will attempt one bull each in Round 1. The Top 10 will then advance to the Championship Round for one more out and a chance at the event title. In addition to competing for points towards the Canadian national standings, riders will also have the opportunity to earn world points in an effort to earn a berth onto the elite 25th PBR: Unleash The Beast.