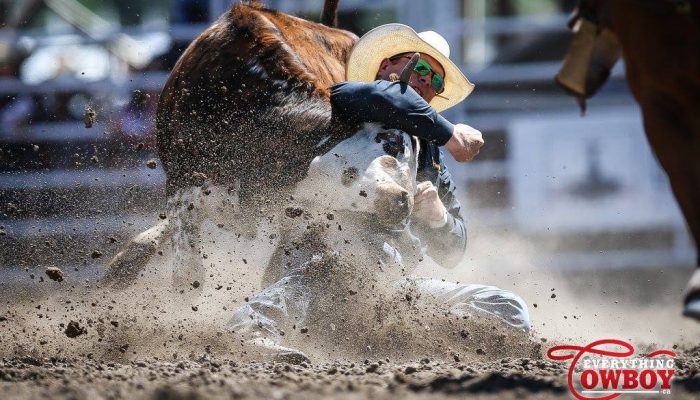 Three rounds into the Calgary Stampede, the Cochrane cowboy has been quicker than anyone else, posting times of 4.2 on the first day, 3.4 on the second and 4.3 on Sunday to take a handy lead into the fourth and final day of Pool A.

Cowboy Christmas has been kind to Milan, who picked up two cheques totalling $16,500 after winning both the first, second and third go-rounds of the world’s richest outdoor rodeo.

“I guess I can’t really ask for a better way to start it off. I had a good steer, felt like I made a pretty good run and my little horse has been working pretty good too,” Milan said of his lightning-quick 4.2 second run in Saturday’s steer wrestling.

It’s been quite the week for the veteran steer wrestler.

Over the course of Cowboy Christmas, Milan has been one of the hottest bulldoggers in the game, earning enough money in one week to jump into the top 15 in the PRCA World Standings. 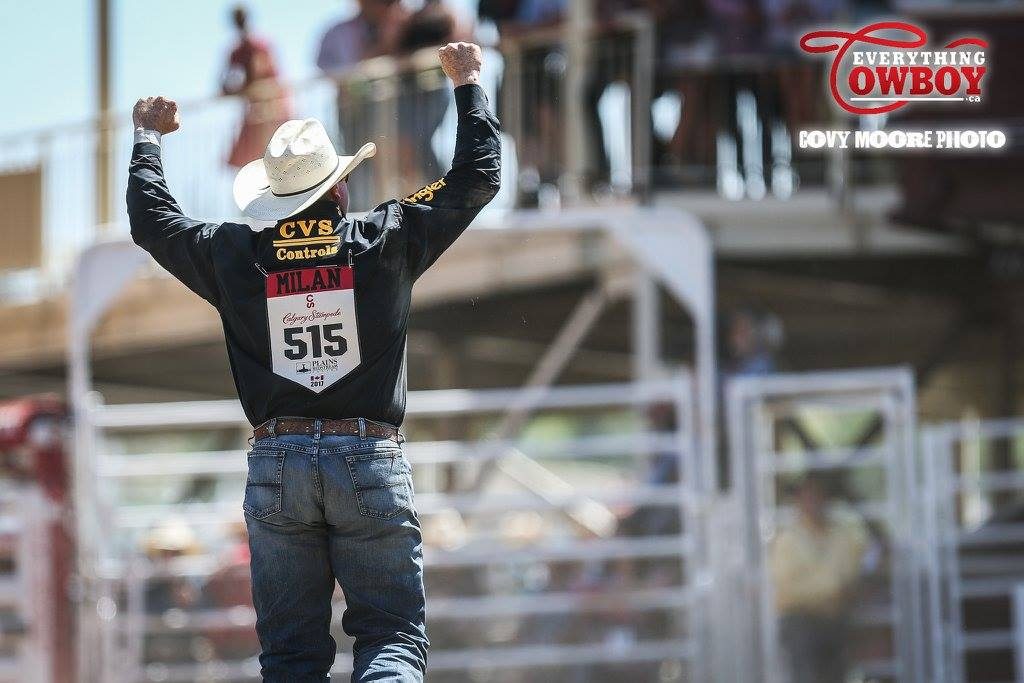 Included in that hot streak was a huge week at the Ponoka Stampede that saw Milan win the average and place second in the showdown round to earn just over $10,000 at Canada’s largest sanctioned rodeo.

“I can’t complain. I’ve been having quite a bit of luck here lately,” Milan said, adding that he’s hoping that momentum will continue to carry over into the Greatest Outdoor Show on Earth.

“It damn sure helps when you get on a roll coming into Calgary.”

Also helping the former Canadian champ is his experience on the Stampede’s hallowed dirt.

By his own estimation, Milan has competed in the Stampede at least 10 times and said he hopes that knowledge and experience will aid him in his quest for the big $100,000 cheque and the championship bronze that comes with it.

“I think it helps some. You know, you go in there and you know what to expect, you know where to be, how to get around and stuff and that damn sure takes a lot of stress off a guy,” he said, adding that he’s also gotten used to performing in front of the Stampede crowds.

As one of four Canadians participating in Pool A of the steer wrestling this year, Milan said that the excitement of coming to perform in Calgary never fades.

“It means a lot to me. Calgary is one of the greatest rodeos in the world and being able to compete in front of your home crowd is an awesome feeling, you know? You just feel like you’ve got a lot more support behind you and lots more family and friends are around.

“It’s a great atmosphere and it’s always great to be around in front of your hometown crowd.”