GUTHRIE, Oklahoma – Long ago, Tee McLeod knew he was representing his home country of Canada, his home province of Saskatchewan.

On Sunday morning, he earned the first international title in the young history of the Jr. Ironman at the Lazy E Arena. He was somewhat dominant over the three days of rugged competition, though it got a bit hairy at the end.

“This is a dream come true,” said McLeod, 20, of Waldeck, Saskatchewan. “I prepared every day for two months. I did all the events every day and went to the gym.

“This place is awesome. Everybody does a great job putting this on, and I’m just fortunate enough to be here.”

He won the first two rounds, then finished second in Sunday’s final round. By winning the title and earning top pay in the rounds, he pocketed $11,750. Quade Hiatt, a two-time competitor from Canyon, Texas, finished second in the overall average, just three-tenths of a second behind the Canadian. For that, Hiatt earned $5,000. He also won the third round worth $750, and his calf horse, Hercules, was named the WCRA’s Top Horse of the Jr. Ironman, valued at another $250.

Hiatt made a run for the title, though. His 4.7-second steer wrestling run to close out the competition on Sunday put the pressure on McLeod, who needed to be 7.2 seconds or faster to claim the top prize; McLeod stopped the clock in 7.0.

“I’ve never been to anything like this,” he said “I had a good friend come and help me out, saddle my horses and get them warmed up. He talked me through it the whole way. (Helper) Paden Bray was huge, too.

“That money is not like the big guys,” he said, referring to the $100,000 paid out to the winner of the CINCH Timed Event Championship, “but that’s life-changing money to me. I’m going to take it back to college, and it’s going to help out a bunch.”

While the exchange rate might mean that he keeps the cash close to his vest at Eastern New Mexico State University instead of sending it home, he’s still awfully proud to carry on a strong Canadian legacy in rodeo.

“I have a lot of family and friends that were supposed to come down here,” McLeod said. “With the coronavirus, they didn’t want to come down here, but they got to watch it on TV. Representing Canada is awesome. I’ve done it my whole career, going to the high school nationals, but this is huge.” 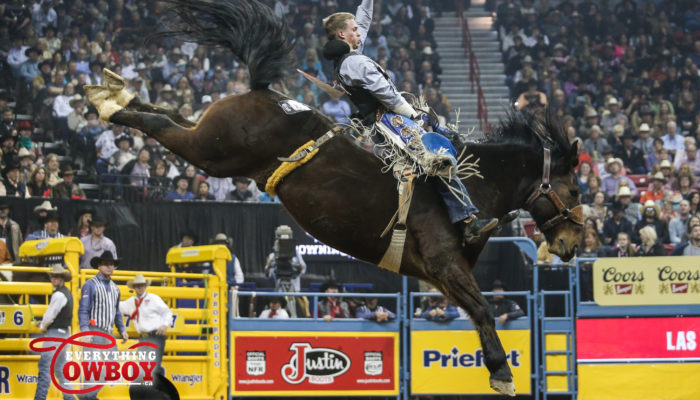