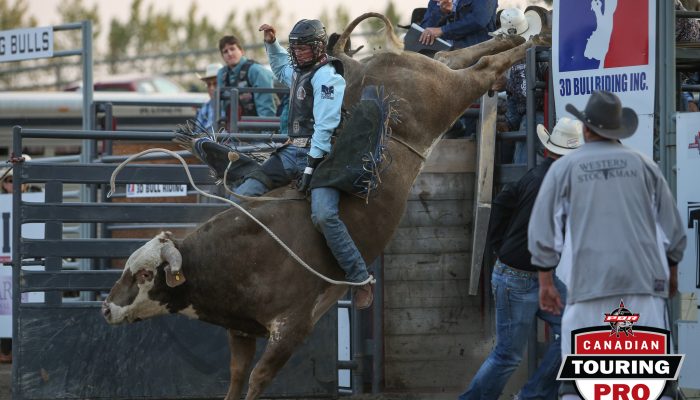 MAGRATH, Alberta – For the fifth consecutive year, Two Bit Bucking Bulls will host some of the world’s most talented bull riders and Canada’s rankest bovine athletes in a one-day, can’t-miss PBR (Professional Bull Riders) Canada Touring Pro Division event. Taking over the Two Bit Ranch in Magrath, Alberta the annual Celebration for the Two Bit Nation will be held on Thursday, September 5 at 7:00 p.m. MDT.

“When you bring the best and put them against the best, success is inevitable,” said event hosts Josh and Tamara Berezay.

The event will showcase 25 bull riders from across North America competing for a piece of the $10,000 purse and championship buckle. The stop will also feature a rank pen of bulls, including 2018 PBR Canada Bull of the Year Happy Camper who will be bucking on home turf.

With the event positioned in the second half of the PBR season, stakes are high for both riders and bulls as they look to punch their ticket to the 2019 PBR World and Canada Finals.

This season, the PBR Canada Finals will host the nation’s Top 20 bull riders. In the current standings, the Top 3 ranked riders are separated by fewer than 335 points, with one rider having the chance of netting 350 in Magrath should they sweep both rounds en route to winning the event title.

PBR Canada Director of Operations Jason Davidson will also be in attendance working to formulate his short list of Canadian bull power for both season-culminating events.

Paralleling the intense competition set to play out on the dirt, is the event’s substantial charitable initiatives. Throughout the past four years, via the support of sponsors and fans alike, the event has raised $46,500 to Kick Cancer’s A$$ which has directly assisted four families in their fight.

This year, however, the event will be held in benefit of another individual, with all proceeds benefiting injured bull rider Klayton Lakevold.

Tickets start at just $25 and can be purchased at Western Stockman and Fox Drilling in Lethbridge, by calling (403) 758-6137 or by email at twobitranch@telus.net. 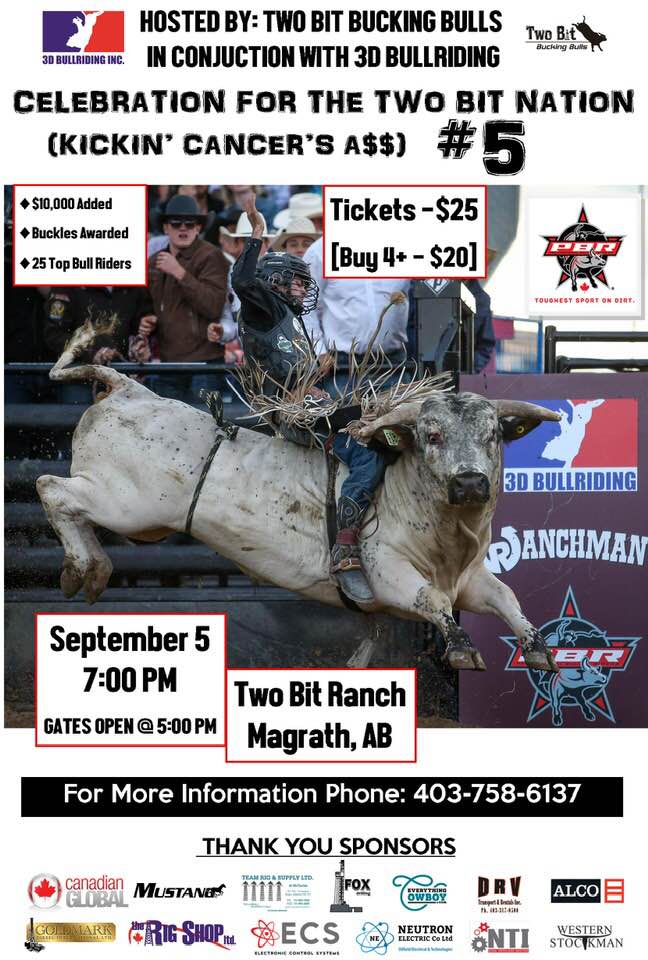 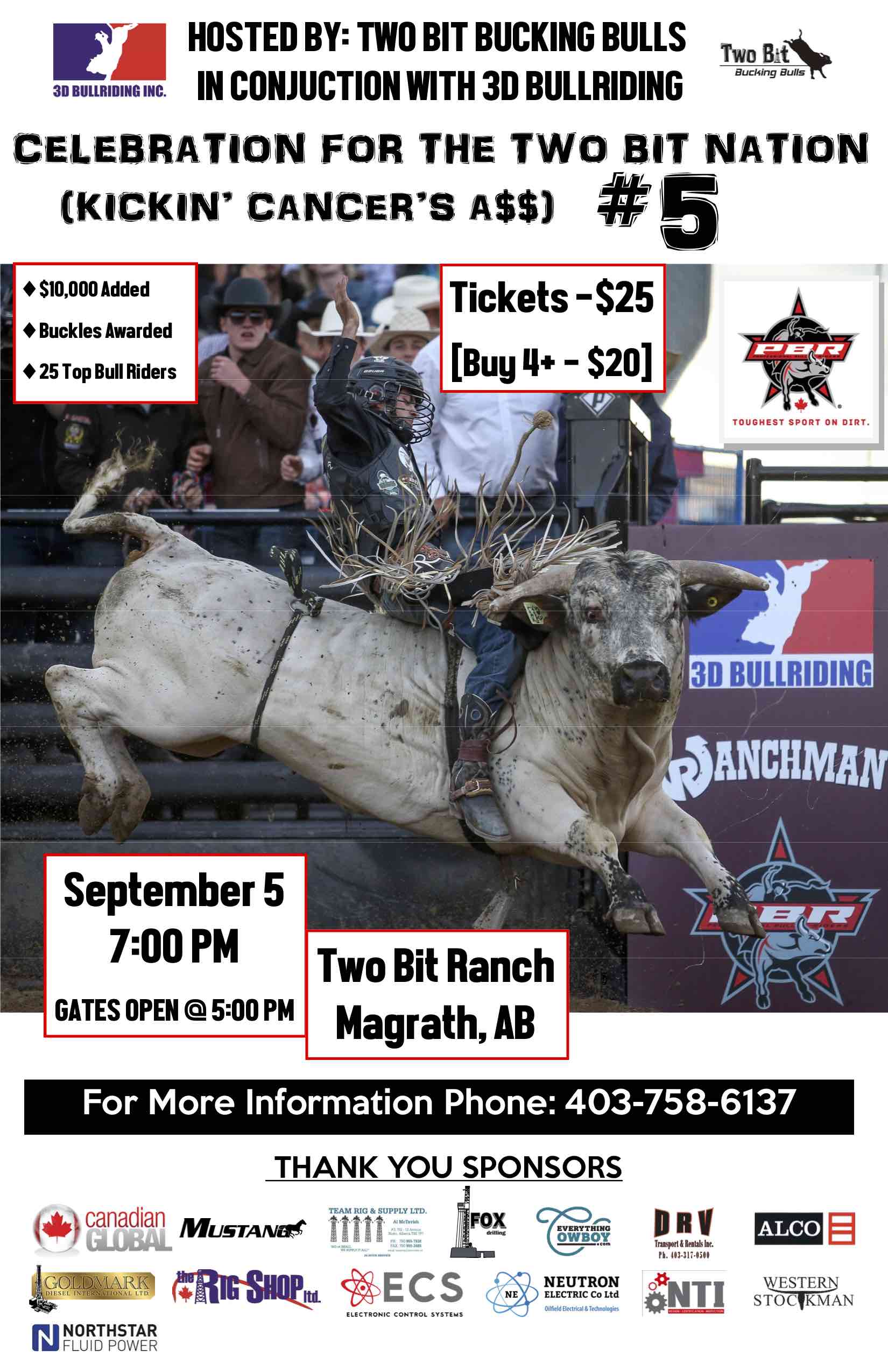