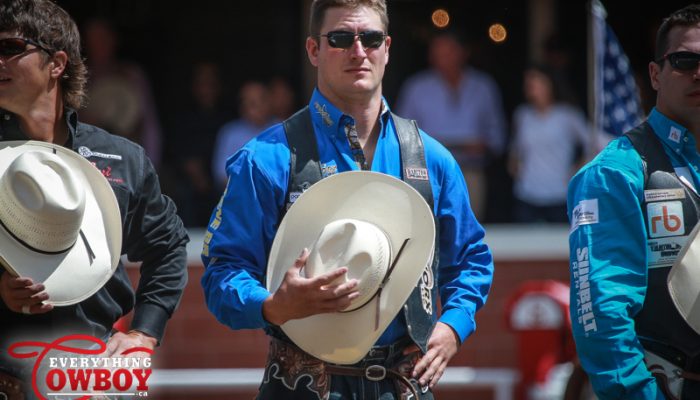 Jake Vold wins round at Calgary, bows out with injuries

Last weekend, Jake Vold made it to three massive rodeo’s during Cowboy Christmas.

Williams Lake, BC, Cody, Wyoming and then the big show in Ponoka, AB. However it was that hometown show that put Vold into a tough position heading into the Calgary Stampede. 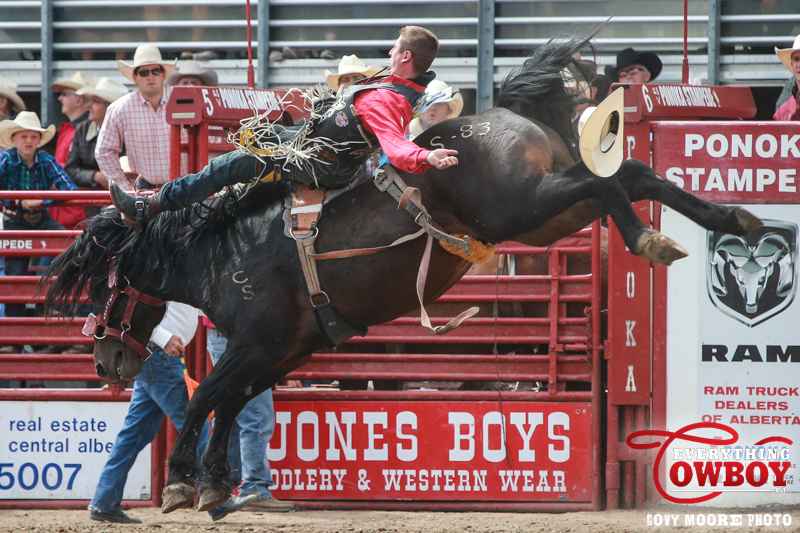 Jake Vold scored 90 points in this ride in the 12-man round at the 2016 Ponoka Stampede.

Now three rounds into the Calgary Stampede, Vold has decided to bow out and spend some time focusing on healing the injuries. This, in order to continue to chase a third consecutive Canadian title and another berth at the Wrangler National Finals Rodeo in Las Vegas. 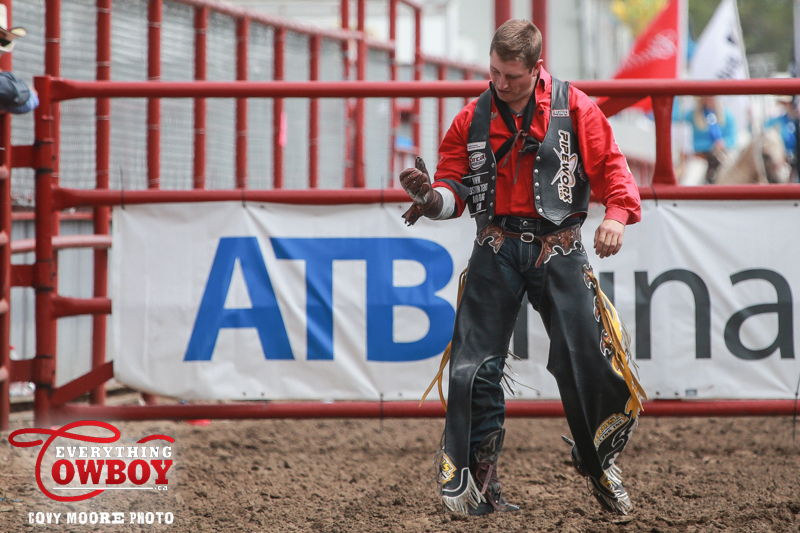 Jake Vold checks his riding glove after having a tough time getting off his bucking horse at the Ponoka Stampede.

“(At the) Ponoka 12-round I separated some ribs. I haven’t gotten the full diagnostic of it, I head in today to get some ultrasounds. It is getting to the point where I have been getting them frozen every day…I can’t quite stand the pain anymore and I think I might be damaging some more stuff,” he told Everything Cowboy.

When the injury first hit him in Ponoka last week, Vold said he was worried about Calgary, but said he got better news than expected when x-ray results came in.

“I was skeptical at the start about it, then I went and got xrays and saw nothing was broke. I talked to a couple guys who had done this before, strain some muscles or some separations. They were freezing them,” Vold said. 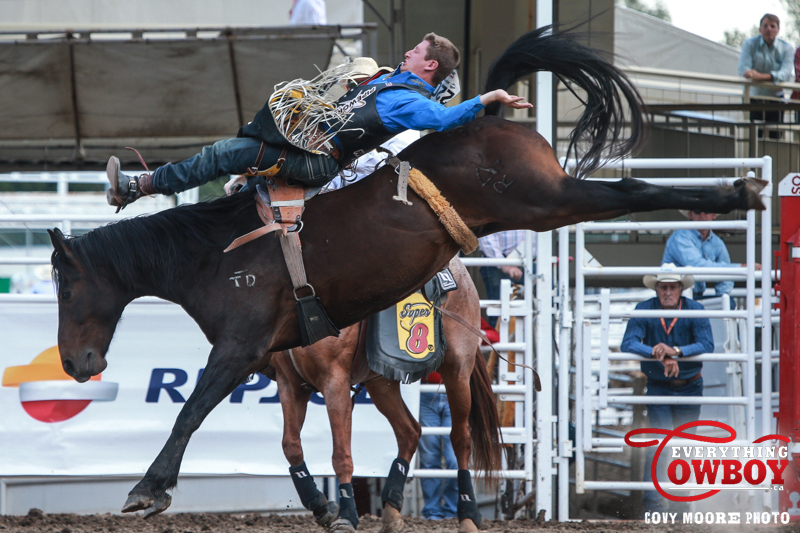 Jake Vold won the third round in his pool at the Calgary Stampede July 10.

“I talked to a couple guys who have done some similar rib muscle stuff. They did the freezing and said it hurts like hell after the ride. But mine was during the ride, I could definitely feel it. It’s very uncomfortable. I drew three pretty nice horses. As bad as the pain is on them, I couldn’t imagine drawing an eliminator. It would probably rip me in half.”

Despite the pain, Vold took home 5th place money in the first two days of the Calgary Stampede, and won yesterdays round with a great 86.5 ride atop a horse called Whiskey Bent. He would be second in the standings going into todays competition.

For a rodeo competitor in the Calgary Stampede, one of the rodeo world’s highest paying rodeos that does not count towards any of the Canadian or US standings, you have to choose between a big pay day and your goal of a season-long rodeo title. For Vold, who admits he loves being at the Calgary Stampede, the decision is clear. 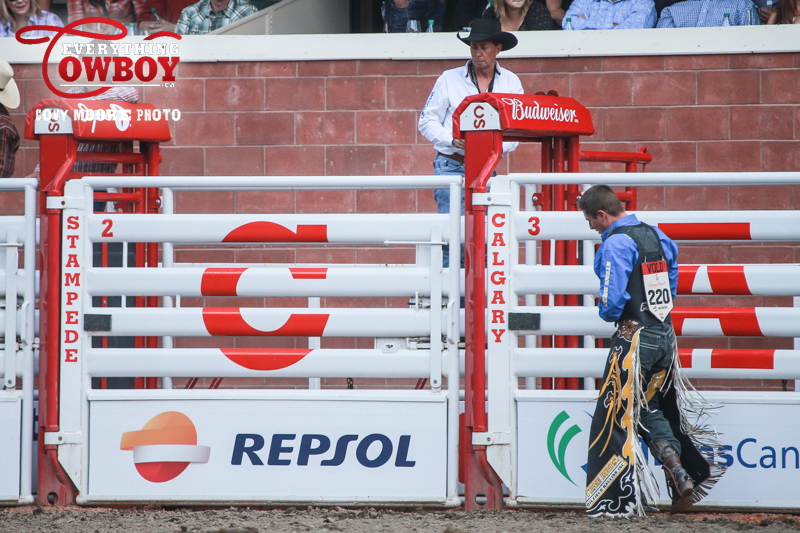 Jake Vold leaves the arena after an 86.5 effort at the third performance of the Calgary Stampede.

“If this was the Canadian Finals for a Canadian Title or a world title at the NFR I think a guy would stick in there and keep going. I still got half a year left and I want to make those Finals this fall. I am going to have to take a bit of time off now. Nothing solidifies you in Edmonton or Vegas. We will see what happens today, but I would hope to be back for August. Make the rest of the rodeo season count.”

“I love Calgary, it is one of my favorite rodeos of the year,” Vold said. “If it was a different deal, where you could take a few months off after, I know I could work through it. I can’t, I still have to get to rodeo. It’s a businessman decision to opt out. I will be back next year.”