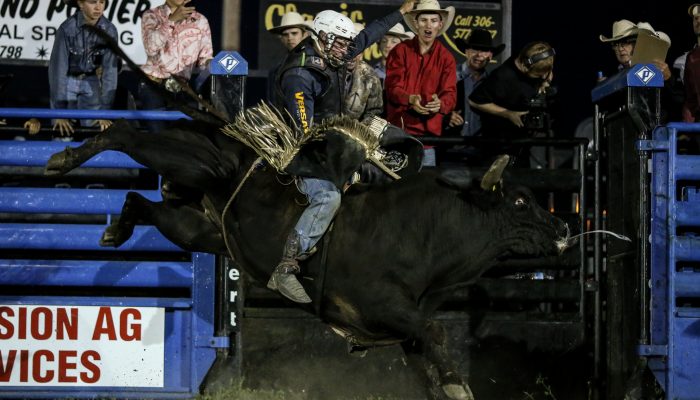 Marking the second PBR event win of the 23-year-old’s career, Gardner is now the No.8-ranked rider in the Canadian national standings. Photo by Covy Moore / CovyMoore.com

MANOR, Saskatchewan – As one of three riders to go a perfect 2-for-2, Jake Gardner (Fort St. John, British Columbia) captured the second PBR event win of his career Saturday night, victorious at the Manor Fun Daze PBR in Manor, Saskatchewan.

The 23-year-old began the event on a high note, winning Round 1 with an 84-point ride on Parachute (Vold/Bergdahl/Halderman).

Continuing the momentum, Gardner then covered Venom (Vold Rodeo) for an event-best 89.5 points, now the high-marked ride of his PBR career.

As he looks to qualify for his second consecutive PBR Canada Finals, Gardner gained significant ground in the national title race. Ranked No. 25 in Canada prior to the event, Gardner is now No. 8.

The 2019 PBR Canada season will conclude on Nov. 22-23 in Saskatoon, Saskatchewan when the Top 20 riders in the nation will compete for the PBR Canada Championship and $50,000 bonus.

The runner-up finish allowed West to inch closer to the Top 20 in the PBR Canada standings. Ranked No. 57 prior to the event, West is now No. 35 in Canada, 262.5 points outside of the Top 20.

As Buttar prepares to travel to Cheyenne Frontier Days for the third PBR Major of the season, Last Cowboy Standing part of the elite Unleash The Beast, he earned a check for $1,856.82, in addition to 165 Canadian and 20 world points.

Maintaining his No. 5 ranking in the Canadian national standings, the 26-year-old climbed from No. 35 to No. 33 in the broader PBR world standings.

Rounding out the Top 5 was Brock Radford (De Winton, Alberta) who rebounded from a Round 1 buckoff of Karls Big Orange Tractor (Wild Hoggs Bucking Bulls) with a 73.5-point trip on Cause and Effect (R Saga Ranch Ltd.) in the championship round. 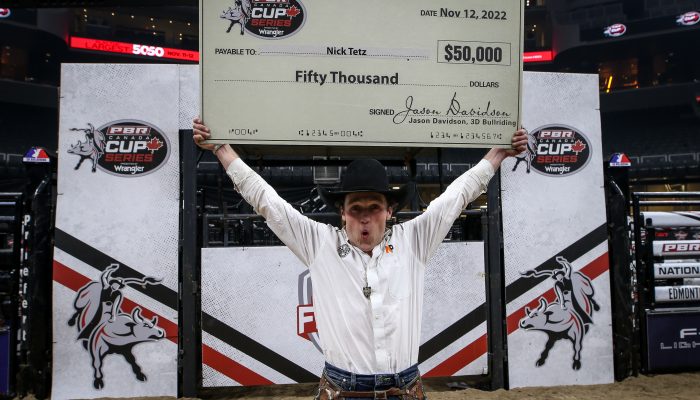