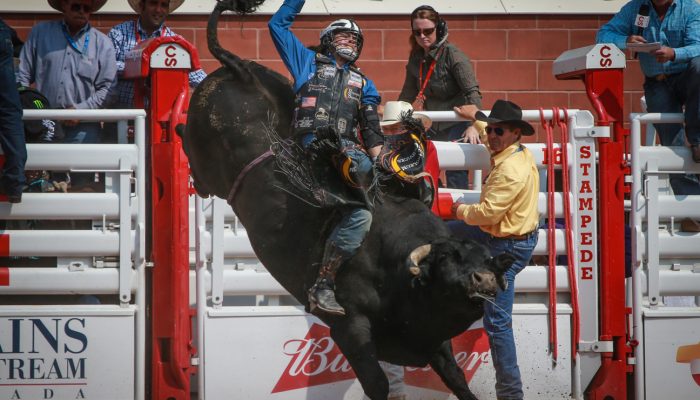 PUEBLO, Colo. – Nine bulls have been chosen as the competitors for the 2016 PBR (Professional Bull Riders) World Champion Bull title in Las Vegas on Nov. 2-6. Each bull has competed on the Built Ford Tough Series (BFTS) this year and has shown what it takes to be classified as a world champion.

The 2016 World Champion Bull title will be awarded to the bull who accumulates the highest total score during the PBR Built Ford Tough World Finals taking place at the brand-new T-Mobile Arena on Nov. 2-6 in Las Vegas. The winner will be announced Nov. 6 after the final round of competition.

SweetPro’s Bruiser, Air Time, SweetPro’s Long John and Stone Sober have all been World Champion Bull nominees before while Pearl Harbor, Seven Dust, Crossfire, Cochise and Hey Jack are earning the nomination for the first time in their careers.

Last year, SweetPro’s Bruiser was a bull contender for the first time in his young career. With the nomination, Bruiser became the first bull that had an opportunity to be both a PBR World Champion bull as well as an ABBI Classic Champion. He has been ridden only two times in his 13 outs this season. Bruiser has a career buck-off rate of 86.44 percent with a 90.48 percent rate in 2016. He has an average bull score of 45.28 and was the high-marked bull in Nampa, Idaho, with a bull score of 46.75.

The 2015 PBR World Championship Bull, SweetPro’s Long John, has been the high-marked bull twice this year with a 46.75 bull score in Albuquerque, New Mexico, and a 46.50 bull score in Billings, Montana. Reigning two-time PBR World Champion J.B. Mauney is the only rider to have lasted 8 seconds on Long John this year when he notched 90.25 points in Oklahoma City. He has made seven outs this year and has had 35 for his career with a career buckoff rate of 85.71 % and a buckoff rate of 90.91% in 2016.

As a World Champion bull contender in 2014 and 2015, Air Time has dispatched all eight of the riders he has faced this season, including dumping current PBR World Champion J.B. Mauney, 2008 World Champion Guilherme Marchi and 2004 World Champion Mike Lee. He owns the highest bull score of the season, a 47-point score during his buckoff of Joao Ricardo Vieira. He has an average of 45.63 for 2016 and 45.18 for his career.

In nine appearances this season, Pearl Harbor has been ridden just once for a 91.67 percent buckoff rate on the BFTS in 2016. Mauney, is the only rider to cover the black and white bovine as he notched 94.25 points on him in Sioux Falls, South Dakota. Pearl Harbor was the high-marked bull in four events this year.

Seven Dust had his streak of 13 buckoffs snapped by Lachlan Richardson during the Thackerville, Oklahoma, event. It was the only ride of the bovine’s career. Seven Dust is 17-1 in his career with an average bull score of 43.80 for his career and a buckoff rate of 94.12% this season.

Crossfire was the high-marked bull in Des Moines, Iowa, with a bull score of 45.75 when he bucked off Gage Gay in 1.89 seconds. The big, black bull is 16-2 this season with Eduardo Aparecido and Cooper Davis as the only riders to cover Crossfire in Eugene, Oregon, and Albuquerque, respectively. He has an average buckoff of 85% this season and a career buckoff rate of 94.92%.

Cochise has made 15 outs this year and has been ridden just once. He has an average of 44.23 with a 93.75% buckoff percentage. Cochise was the high-marked bull in Tulsa, Oklahoma, with a 44.75 bull score. Paulo Lima was the only rider that has covered him for the required 8 seconds. He rode the brown bull in New York City for 90 points.

Stone Sober has been ridden just once this year when Mauney earned 92.50 points on the bull during the Nampa, Idaho, event. In 40 outs during his BFTS career, the bovine has been ridden only three times. He currently has a 96.05 career buckoff percentage and a 44.08 career average bull score. He has been the high-marked bull once with a 45.50 bull score in San Jose. 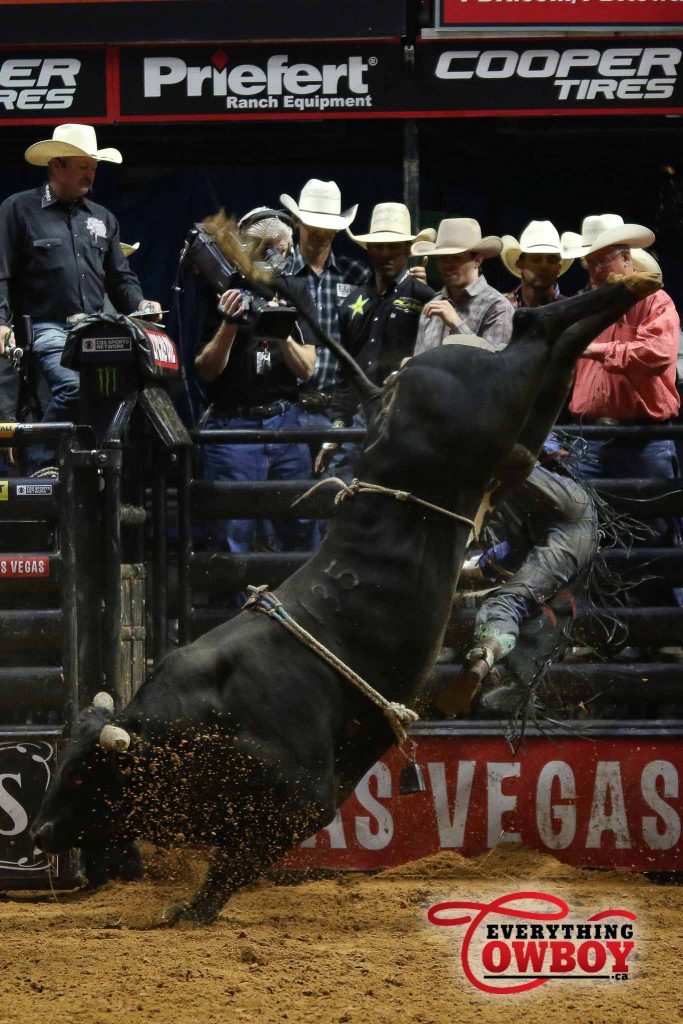 Hey Jack is one of the younger bulls on the Built Ford Tough Series as he’s had just seven outs in his career. The highest mark of his career came in Colorado Springs, Colorado, when he tossed Cody Nance to earn a bull score of 45.50. He has an average of 44.57.

Both Seven Dust and Hey Jack are Canadian raised bucking bulls coming from Tyler Thomson and the Wild Hoggs respectively.