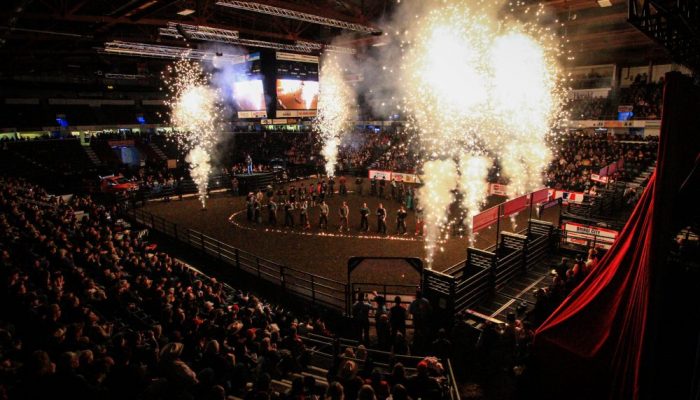 This is where I would usually talk more about the event and what went down but I’m not ready to do that yet. I’m supposed to have these press releases done each night right after the event but last night I didn’t even know where to start or what to start with. I still don’t.

What I would like to do today is tell you all to watch the opening ceremonies in the playlist below. I’m at a loss for words to explain what happened last night and how incredible it was. I have to personally thank Brett Gardiner, Peter Gebraad, Jeremy Brown and the entire production crew from last night for their work in making this piece so touching.

I don’t think many of us have ever had to deal with anything quite like what happened with Ty. I don’t think any of us really know what to do. I do think that events like this and pieces like this are helping us all heal and remember Ty for the incomparable human being he was.

For me, last night hit home when Brett introduced Ty as our 2016 PBR Canada Champion. On Friday Ty was supposed to be in Lethbridge, introduced as our champion and start his quest for the next one, or five he was likely to win on the way to the biggest titles on the planet.

Ty may not have been in Lethbridge with us in body but he was darn sure there in spirit. Thanks for being there buddy. We all miss you and love you. 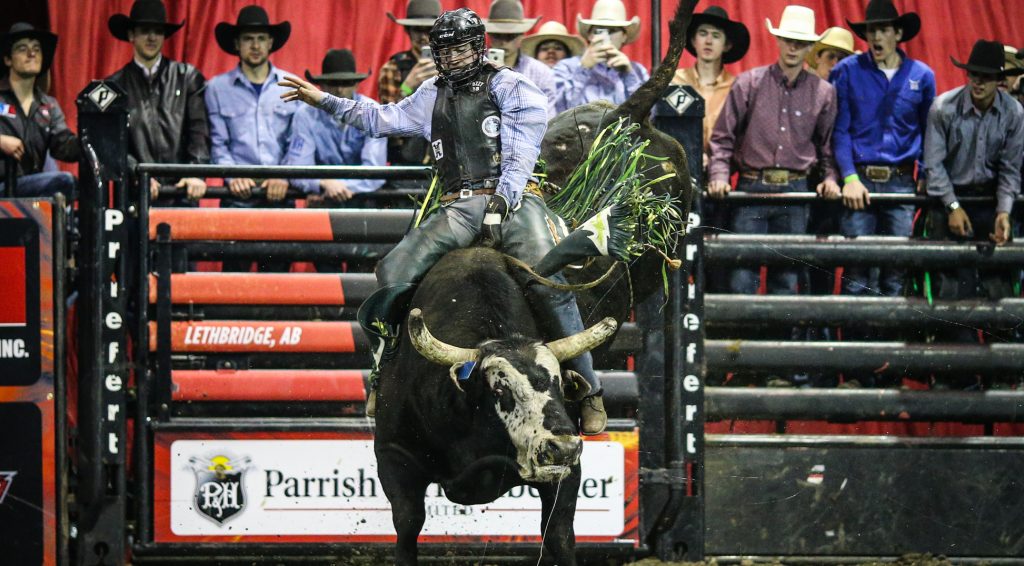 Unofficial results from the Bridge City Chrysler/LA Towing PBR Challenge in Lethbridge, AB at the Enmax Centre on March 3rd and 4th, 2017.

PBR (Professional Bull Riders) which has events in six countries and is available in 500 million homes globally, has competed in Canada since 1996. The PBR Monster Energy Tour will resume in June of 2017 as the country’s first fully televised national professional bull riding series. Points earned at the Tour’s Canadian events count towards qualification to the elite PBR Canadian Finals. Upon the conclusion of the Finals, the bull rider with the most regular season and Finals points is crowned the PBR Canada Champion. Points won at all Canadian events count toward qualifying on the prestigious PBR Built Ford Tough Series (BFTS) and PBR World Finals in Las Vegas, NV. For more information on PBR Canada, go to www.pbrcanada.com, or follow on Facebook at www.facebook.com/pbrcanada and Twitter at http://twitter.com/PBRCanada.