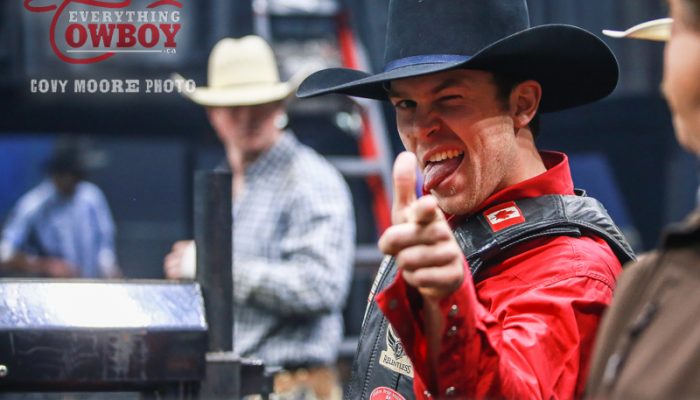 LAS VEGAS, Nevada — With clutch performance at the PBR’s BlueDef Finals at the South Point Hotel and Casino, Dakota Buttar is now the fourth Canadian to qualify for the PBR World Finals in 2016.

Buttar, of Kindersley, SK put up scores of 84 points in round one and 86.5 in round three. He was bucked off in rounds two and the fourth and final round. Due to his performances in rounds two and four, the two-time CPRA Champion bull rider moved his way up to 35th in the PBR’s World Standings to ensure his spot at the World Finals starting on Wednesday, November 2nd.

Stay tuned for more as it unfolds.