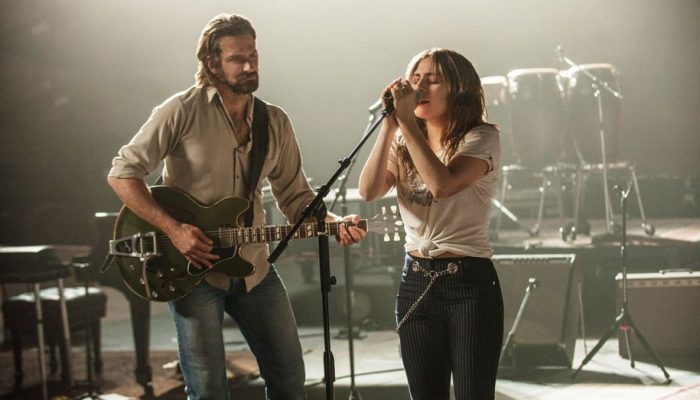 A Star is Born – Review

You might not be a fan of her fashion choices or her politics, but there is no denying Lady Gaga is one of the most talented artists of our time.

What’s possibly more shocking than her infamous 2010 MTV Awards meat dress? Bradley Cooper has vocal talents of his own! The award-winning actor directed and produced the film along with starring alongside Gaga.

The film follows the lives of Jackson, a well-known musician, and Ally an undiscovered super talent. After their chance meeting in a drag bar Ally performs and wows the crowd with her undiscovered talent, Jack isn’t immune and is immediately smitten. The whirlwind romance doesn’t disappoint and takes you through a range of emotions in an hour.

Jack and Ally are relatable, they have personality flaws and struggles, making the film real and immersive. At one moment you’re rocking along with them, planning on going to all the concerts you can afford, the next you’re in tears as Jack and Ally are struggling to cope with addictions and heartache.

Of course, the music is the highlight of this film and was taken extremely seriously. Gaga, Cooper, and Lukas Nelson worked together to create original tunes for the soundtrack.

If you’re wondering why that last name sounds familiar that would be because Lukas is Willie Nelson’s son. Lukas and his band, ‘Promise of the Real’ bring the rock country sound to Jackson Maine’s character and are Neil Young’s regular backing band.

The soundtrack is now available on iTunes, a bonus if you enjoyed the film as much as I did.

Hailey Stewart
Hailey Stewart was born and raised in Southern Alberta, calling Longview home. Currently she's attending Medicine Hat College in pursuit of becoming an elementary school teacher. Stewart has been around horses and rodeo her whole life, competing in barrel racing and showing cutting horses are her passions.