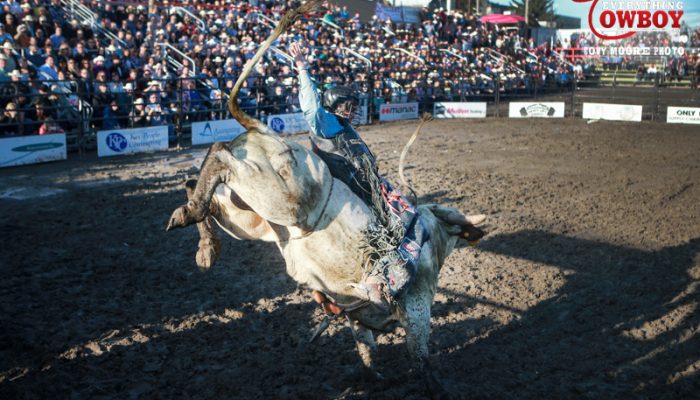 CALGARY, Alberta — This wreck goes the complete opposite direction from what we saw last night with Hank rolling down the escalator.

Thor Hoefer mostly dodged what could have been a nasty hit here from a bull called Mick’s Mouse at the Ranchman’s Renegades Bull Bustin’. I had to look back at this video a couple times to see what exactly happened. A few inches either way and Thor could have been in bad shape. There are near misses like this all the time and we have to be thankful they are just that.

If there is a wreck I missed this year that you know about, please don’t hesitate to let me know about it via email, Facebook, Twitter or a comment below.