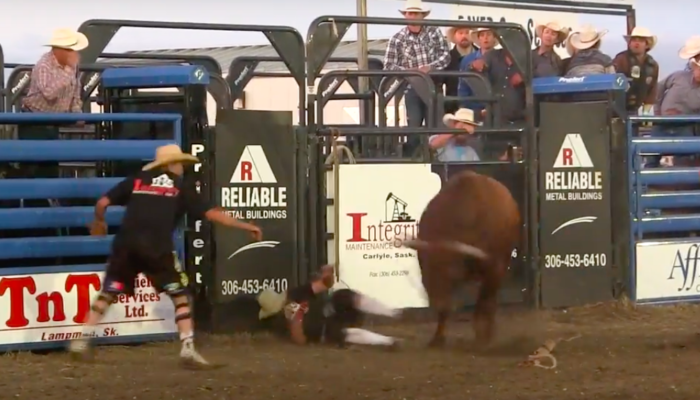 8. Hordern gets pummeled in Manor

MANOR, Saskatchewan — Three days into the countdown and all three of our wrecks involve an H whether it be a Hank, hooking or hardship.

This one comes from the Manor Fun Daze PBR which we are at each July the week after the Calgary Stampede and involves our first bullfighter of the countdown. These guys take shots like this for a paycheck each week and this one is no exception.

Edward Hordern took a shot here for fellow countryman Will Purcell. The bull rider got away safe and Edward got back up to fight the next bull.

If there is a wreck I missed this year that you know about, please don’t hesitate to let me know about it via email, Facebook, Twitter or a comment below.