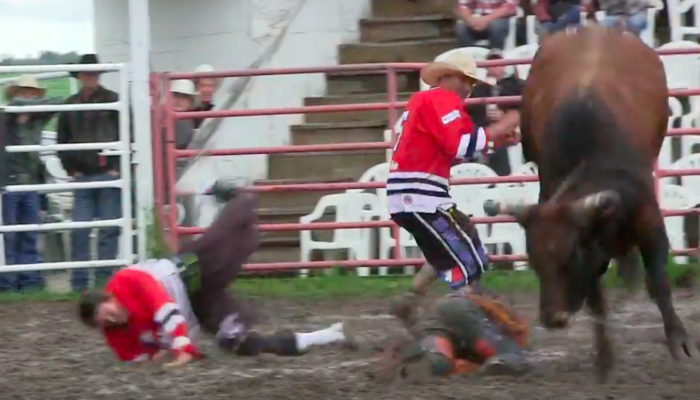 INNISFAIL, Alberta — First of all, Merry Christmas! Based on my sub-par planning this year and a bit of a break after the large time we had at the WNFR return party for our Canadian World Champs at Ranchman’s I may or may not be a tad behind on the countdown now. Hence the Christmas Morning wreck post…

It’s not very often two people get wrecked in the same video but it sure happened this fine day in Innisfail at their first PBR. Shane Peters gets bucked off a bull that winds up kicking Kris Buffalo’s hat clean off.

Here we arrive at number six on the countdown: