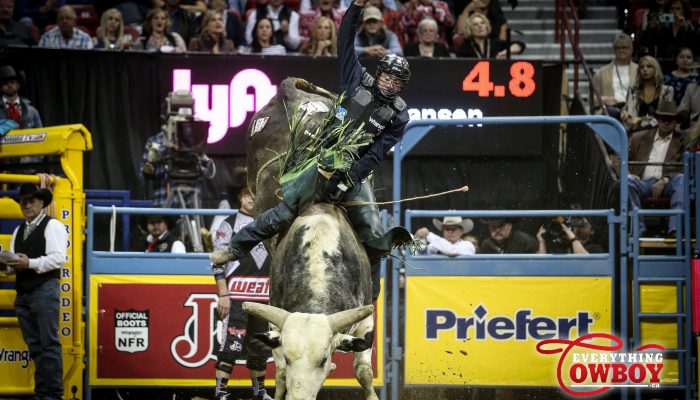 LAS VEGAS, Nevada — We have to go back to 2001 to find the last time a Canadian bull rider would qualify for the Wrangler National Finals Rodeo.

That year, both Greg Whitlow and Rob Bell would qualify. Whitlow would be injured at that year’s Canadian Finals Rodeo meaning the No.16 man, Saskatchewan’s Kagan Sirett would take his spot.

This year however Hansen would do much more than simply qualify. He would earn over $87,000 USD in his 10 days at the Thomas & Mack Centre, finish sixth in the aggregate and win a round, the first one by a Canadian since the year 2000 when Sirett did so in Round 6.

Hansen’s Round win also happened to be on Canadian night.

Congratulations on a fantastic season Jordan. Here’s to heading back to Vegas contending for a gold buckle in 2018.

5. A Near Miss
6. Rainy Day Pyro
7. Buttar and Robbins sit out Global Cup