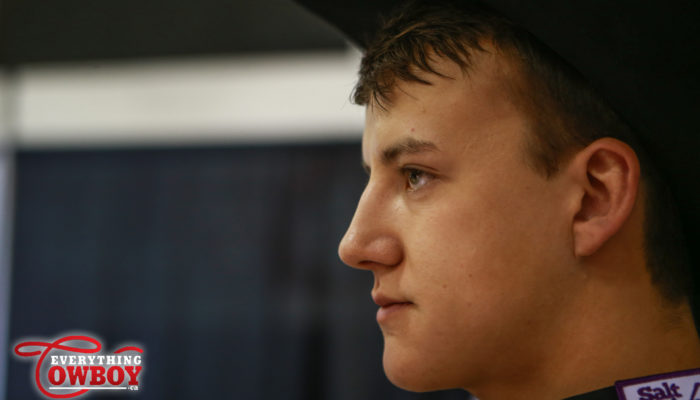 CALGARY, Alberta — There aren’t many other 23 year-olds that have a rodeo-resume that looks like this:

To be quite frank, there aren’t many professional rodeo athletes with a set of accomplishments like that for their entire career.

In his first three years as a PRCA member, he has already won over $600,000 USD according to his ProRodeo.com biography. That doesn’t even count the $300,000 CAD from the Calgary Stampede or the $54,900 from the 215 RodeoHouston Championship.

I think it’s safe to say, including his winnings in semi-professional rodeo, the Canadian Finals and depending on the exchange rate, that Big Valley, Alberta’s Zeke Thurston has already made his first million dollars in the rodeo world. I’m going to go ahead and say he’s the youngest Canadian to ever do that as well. If anyone knows any different, please let us know.

As far as Calgary goes, Thurston could make it four in a row in 2018. In the 105 years of history at the Calgary Stampede, that has never been done in any event.

In the bronc riding itself, Mayerthorpe’s Rod Hay has four stampede bronzes from 1994, 1999, 2002 and 2005. Clint Johnson of South Dakota has three. Marty Wood of Bowness, Alberta, which is now part of Calgary won is three times and is also a three time World Champion.

Will Thurston make Stampede history in 2018? How long will it take him to win his next million? Add your comments in the space below.