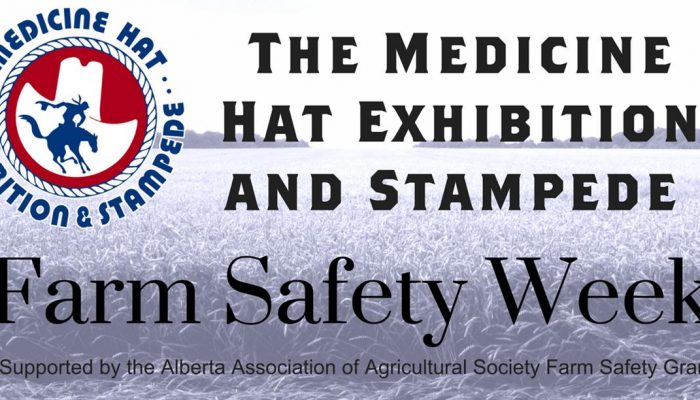 This is not an ad for the Medicine Hat Exhibition and Stampede Farm Safety week from January 16th to 21st, 2018 however the image seemed fitting. For more on that event, visit MHStampede.com

MEDICINE HAT, Alberta — In our last wreck the Resch’s came to the rescue in the arena.

This time, one of them is on their way but it’s too late and the guy really isn’t hung up. He’s more so missed his landing and stuck in the Kesler Rodeo bucking horse pen.

Thanks to Dustin Edwards for another video addition to the countdown.