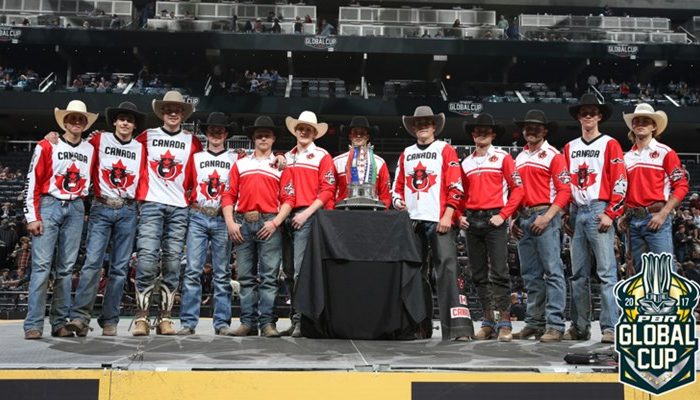 EDMONTON, Alberta — Never have I ever been to such an intense event as the inaugural PBR Global Cup at Rogers Place.

On Friday, Team Canada would walk away with the event lead, ahead of the field by one full score. After the event, Oilers Entertainment Group CEO Bob Nicholson and Oilers legend Kevin Lowe would take the entire crew into the actual Oilers Clubhouse for a couple Molson’s.

That was probably one of the coolest nights ever for most of us Canadians who grew up watching Hockey Night in Canada.

However, the second night was even better when Team Canada would match the world, ride for ride in the bull riding of the century. I haven’t been that nervous or on edge at an event, ever. It was as much or more intense as competing, but this time it was for an entire nation.

Kudos to Team USA on earning the event title and to Canada and the rest of the nations for riding their hearts out. Kudos to the creators of this event for making it what it was. What an unreal concept and even better execution inside the nicest building most of us have ever stepped foot in.

But, after all that, here’s to Canada taking the home dirt back in 2018.