Canadian Freestyle Bullfighter Aaron Mercer Rises to No. 1 in the World

After getting his start in the sport competing at and winning the 2018 Edson Extreme Bullfighters event, he has risen to the No. 1 spot in the Bullfighter’s Only standings south of the border. With no signs of slowing down.

Mercer wasn’t brought up in a rodeo household, but more so a home that appreciated equine activities. His mom rode horse, thus, he rode horses. But it was working with horses that saw him end up riding broncs at a young age.

“I started riding horses for a guy out in the Lamont area,” Mercer said. “He was a team roper and he entered me into my first bronc riding when I was 17. Otherwise it wasn’t in the family at all, I am kind a first generation guy.”

But admittedly, the saddle bronc game was not kind to the young competitor as he says he was never able to really stay healthy. Which brought him to the next challenge. Ranch bronc riding.

“One summer I was working horses for a guy and I got a call asking if I wanted to try riding some ranch broncs,” Mercer said. “I hadn’t done that before so I said why not. I ended up being alright at it, headed down to the ‘States and won some money down there. I stopped riding ranch broncs and was going to get back riding broncs and get going with that and I ended up getting pretty hurt and wrecking my rotator cuff in 2018. I took the summer off riding broncs and went free styling bulls and it kind of went from there.”

At his first ever freestyle bullfighting event, Mercer called for his bull while standing on the barrel and promptly did a backflip to kick off his fight. He won that event.

“The only thing I was thinking is as long as I can do this backflip off this barrel, whatever happens after that happens,” Mercer said.

And things have absolutely been happening. He has recorded three event wins in the USA on the BFO schedule, as well as two Canadian BFO events and the second consecutive title at the Edson event which boasts being the largest bull fight ever put on in Canada.

Mercer is pretty humble for a guy who went from zero to the number two ranked bullfighter on the planet, but attributes his success to working hard and continuing to learn inside the arena.

“What drives me to want to be better is that they keep saying: ‘This guy is taking it to a whole other level,’ so now I am thinking I have to stay there, stay on top and keep going so I don’t let people down,” Mercer said. “That is what is driving me to be one of the best.”

Social media is a huge tool for a young bullfighter looking to make a run at some money and titles in the BFO, and if you can turn some heads like Mercer did with his backflip, you might just get that call from the powers that be at the BFO. But beyond opportunities to earn and compete, the BFO is also nurturing the future of the sport putting on development camps multiple times each year.

“The D camps are outstanding,” Mercer said. “They go into so much detail even past fighting bulls. They help with your fighting, your style, but they also dig deep in you as a person and make you be better as a person, not just a bullfighter. Once you have been through that you are an ambassador of the BFO.”

In its three years of existence the BFO has known only one world champion. Weston Rutkowski. The bearded badass has competed in Canada on route to world titles, and Mercer says he is one of the best, but also a guy that everyone wants to beat.

“Weston is outstanding, he is the man when it comes to the freestyle world,” Mercer said. “He has been the World Champion three times in a row. It’s definitely intimidating going up against a guy like that. There is always someone who comes up from the bottom and takes over at the top. Who knows, maybe that is my time.

“Obviously, he won’t be letting me, or anyone have it easy. I hope he comes full force because that is what I am working on. I want to beat him at his best, not when he is down.”

In the meantime Mercer will continue to develop his skills and hit the road hard. Winning the Alpha Bull BFO in Moose Jaw just one week ago with his trademarked “Mercy Roll,” Mercer is even shaking up the bullfighting world with one of the most unconventional looking tricks going.

“They are calling it the Mercy roll, I call it terrifying. It is terrifying,” Mercer said. “Every time I do it, it feels wrong. You have guys that come out and jump a bull three times in a fight or a backflip. You have to be up there too and pull something out of your rear end and be a force. You just have to jump up and pray. It’s pretty much all you can do.

“You are fighting a bull, you can only do so much.” 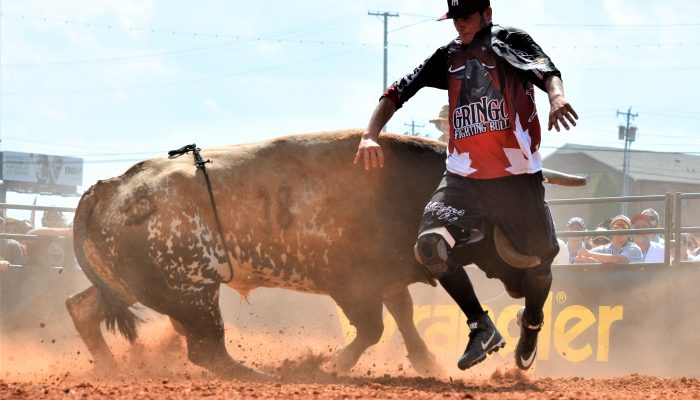 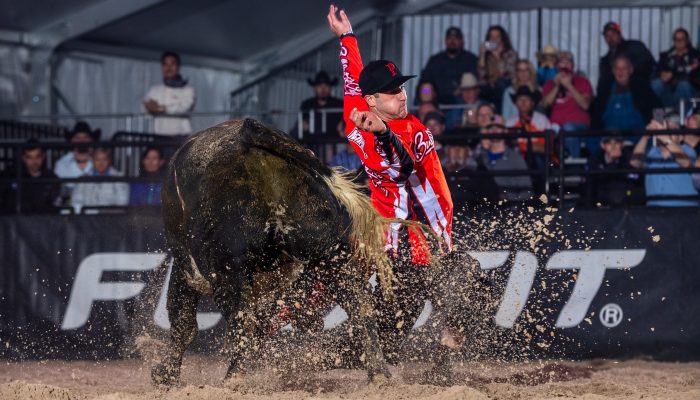