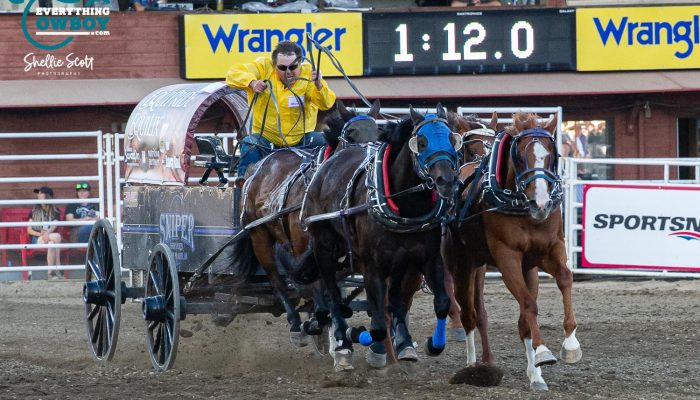 Calgary, Alberta (July 8 2022) – Stampede 2022 kicked off on Friday night in Calgary with the 98th running of the Calgary Stampede Rangeland Derby. It was a beautiful evening for racing, running times quick, and the return of chuckwagon racing to the Calgary Stampede in nearly 3 years was welcomed by a large opening night crowd. A few alterations were made to this year’s Rangeland Derby, which meant the old track record of 1:08.75 set by Jason Glass in 2015 is now officially retired, and Darcy Flad, driving the EquiPride® outfit, opened up Stampede 2022 with a new track record run of 1:13.07.

Live coverage of day 2 of the 2022 GMC Rangeland Derby can be seen on Sportsnet One starting at 8:30pm local time. Check your local listings.