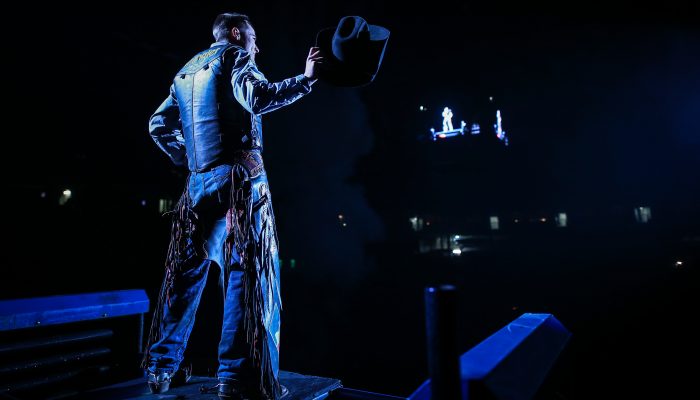 This season’s final event will feature the top riders from the national standings vying for the 2018 PBR Canada Championship. Every rider will attempt one bull each in Round 1 and Round 2 on Friday and then face one more bovine athlete in Round 3 on Saturday. The Top 12 will advance to the championship round.

With a rider capable of earning 2,250 points, all competing cowboys have a viable pathway to earning the national title.

Dakota Buttar (Kindersley, Saskatchewan) and Tanner Byrne (Prince Albert, Saskatchewan) headline the field of qualifiers anticipated to ride at the Canadian Finals, fresh from competing at the 2018 PBR World Finals and concluding the season ranked No. 17 and No. 31, respectively, in the world.

While Byrne is the 2015 Canadian champion, Buttar used his runner up finish in the nation in 2016 to help him reach the league’s Velocity Tour Finals which he used as a springboard to earn a spot in the Top 35 to become a regular on the elite PBR Unleash The Beast.

With the elite tour being their primary focus in 2018, both Buttar and Byrne still competed on home soil throughout the season.

Roy, the Canadian Champion from 2008, 2010 and 2012, has been competing for the first time this season after fracturing his femur during Round 1 of the 2016 PBR World Finals. Exclusively riding at Canadian events, Roy has won three events, including his first-ever Monster Energy Tour win in Edmonton, along with 12 Top-10 finishes. His stellar year has led him to conclude the regular season No. 8 in the national standings, 999.99 points behind the No. 1 spot, and poised to make history as the first Canadian to ever eclipse $1 million in earnings. Roy’s career monies now total $991,682.44.

Reigning Canadian Champion Lambert, who also earned the title in 2013, travels to Saskatoon ranked No. 7 in the standings, 983.33 points behind the lead. The 32-year-old, however, is no stranger to making a come-from-behind surge at the finals, overcoming a 504.16 point gap on the final day of last year’s event to earn his second title.

Lambert is also the lone rider to capture the Canadian Finals win in multiple seasons, as well as in back-to-back years, in both 2016 and 2017.

Set to ride alongside the four Canadian powerhouses, is young gun Brock Radford (De Winton, Alberta), who made his World Finals debut this season as an alternate inside T-Mobile Arena.

At this season’s event in Saskatoon, Radford will look to resolve unfinished business. He was surpassed on the final day of action at the SaskTel Centre in 2017 to narrowly miss out on earning his first PBR Canada title.

This season, Radford is No. 3 in the nation prior to the Canadian Finals, just 94.99 points behind No. 1 Richardson.

A dominant force at PBR Canada events in 2018, Radford has earned two event wins, including at the record-setting, sold-out, season-launch event for the Monster Energy Tour in Calgary, in addition to nine Top-5 efforts.

In the national standings, the contingent of home province riders is led by No. 2 Cody Coverchuk (Meadow Lake, Saskatchewan) and No. 4 Jared Parsonage (Maple Creek, Saskatchewan), 83.33 and 460 points behind No. 1 Richardson, respectively.

Coverchuk’s season has been highlighted by two TPD event wins in Swift Current and North Battleford, Saskatchewan, accompanied by 21 Top-10 efforts. Parsonage has won a notable five event titles, including his career-first Monster Energy Tour stop in Abbotsford, while also adding 11 Top-10 finishes to his resume.

The majority Canadian field will all be chasing No. 1 ranked Aussie rider Richardson who will be competing at the event following his career-best finish at the World Finals in seven appearances.

The 26-year-old surged to the top of the Canadian standings after a strong summer campaign in the country which included two event wins, including on the elite Monster Energy Tour in Kelowna, along with 13 Top-5 efforts.

The entire field of qualifiers includes:

PBR Canada has also revealed the bullfighters who via votes from the riders have been selected to protect the cowboys each night. Those men set to work are: Ty Prescott, Brett Monea and Jesse Byrne.

Tickets for the two-day event can be purchased at the SaskTel Centre Box Office, online at PBRCanada.com or Ticketmaster.ca, and by phone at 1-800-970-SEAT (7328). Fans purchasing a weekend package with tickets to both shows will receive a 15% discount.

Fans will also be able to watch all the action LIVE on RidePass. The stream will begin on both Friday, November 23 and Saturday, November 24 at 8:30 p.m ET. 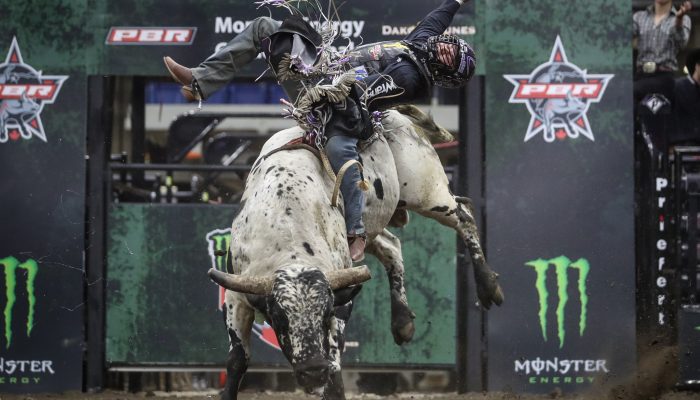